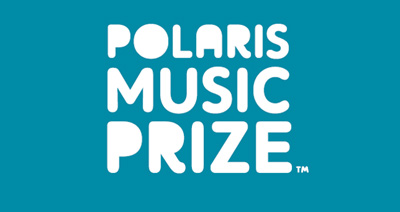 “This year’s Long List is all over the map, but in the best possible way,” said Steve Jordan, Polaris Founder and Executive Director. “A lot of our jury expressed that this was the most difficult Polaris ballot they’ve ever submitted. The results of this careful and passionate deliberation will make for some truly engaging listening for music lovers.”

Of the 40 Long Listed artists, 16 have been nominated in the past for their own work or as major contributors to another act. They are:

Toronto music critics will get to have their say at the Polaris Salon in Toronto on Wednesday, June 19 at the Soho House. That event will be moderated by Exclaim’s James Keast and feature that magazine’s Stephen Carlick, Nicole Villeneuve of Aux, freelancer Melody Lau and Bryan Acker of Herohill. To attend send an RSVP to rsvp@polarismusicprize.ca.

In the meantime, fans of quality music would do well to check out this weekend’s NorthbyNorthEast music festival happening in Toronto. Current Long Listers Hayden, The Luyas and Majical Cloudz will all be performing across the city. Additionally, Polaris nominees from the past like Braids, Brendan Canning (Broken Social Scene), Coeur de Pirate, D-Sisive, Fucked Up, Imaginary Cities, Shooting Guns, Sloan and Wintersleep will all be getting down. For more information go here.

The Short List will be announced on July 16 at The Drake Hotel in Toronto. The Polaris Gala will be held on September 23 at The Carlu in Toronto.