The song was the B-side of the single “Do You Wanna Dance?” which was released by The Beach Boys in 1965 through Capitol Records. It has been said that “Please Let Me Wonder” was the very first song that Brian Wilson wrote under the influence of marijuana. The song was first released on the band’s 1965 album The Beach Boys Today!. As a B-side, it peaked at a number 52 in Billboard and number 46 in Cash Box. The contemporary Gilbert Youth Survey conducted nationally in April 1965 placed this song at number 9 in its chart one week. Due to the lyrics, which are filled with a sense of longing and uncertainty, it is, in a sense, a contrasting piece to Wilson’s “When I Grow Up (To Be a Man)”. 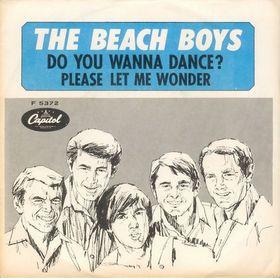