Alex Lifeson describes his guitar solo in “Tom Sawyer” in a 2007 interview:

“I winged it. Honest! I came in, did five takes, then went off and had a cigarette. I’m at my best for the first two takes; after that, I overthink everything and I lose the spark. Actually, the solo you hear is composed together from various takes.”

Fun fact: The band performed the song during an airing of The Colbert Report on July 16, 2008, in their first American television appearance in 33 years. 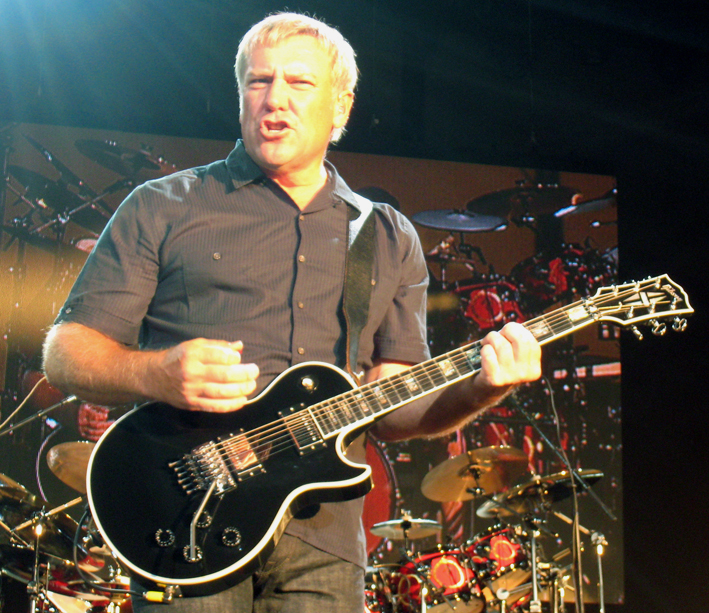