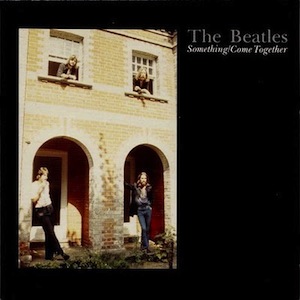 The Beatles’ “Come Together” history began when Lennon was inspired by Timothy Leary’s campaign for governor of California titled “Come together, join the party” against Ronald Reagan, which promptly ended when Leary was sent to prison for possession of marijuana. It has been speculated that each verse refers cryptically to each of the Beatles (e.g. “he’s one holy roller” allegedly refers to the spiritually inclined George Harrison; “he got monkey finger, he shoot Coca-Cola” to Ringo Starr, the funny Beatle; “he got Ono sideboard, he one spinal cracker” to Lennon himself; and “got to be good-looking ’cause he’s so hard to see” to Paul McCartney); however, it has also been suggested that the song has only a single “pariah-like protagonist” and Lennon was “painting another sardonic self-portrait”.

This classic 1960s rock anthem with deep bluesy style was unlike any other song of its time in that it was constructed entirely of verse/refrains. There is no chorus and only one short guitar solo, acting as a bridge to interrupt the radical song structure. For the first eight bars, the tonic note D is repeated, eventually moving to the V chord and then to the IV chord. It then moves to the VI minor chord, which is a progression rarely used, the song “I Heard It Through the Grapevine” being a rare example. The refrain in actuality is three bars long, because the melody keeps going after the last A5 chord and comes to rest on the D5 chord after that. F# is introduced in the melody with a B minor triad. The tonic is held for four bars between each verse and is the same as the contents of the introduction.

Within the verse there are four one-bar structures; each one a non-sequitur. The lyrics end each time on the abrupt beat four of each measure, giving the verse an AAAA phrasing structure. The phrasing structure in the second half of the verse is two bars of BB. The C phrasing structure of the refrain has three measures becoming one long phrase and ending on the word “me” which ties everything together. There is an eleven-bar verse/refrain from a ten bar form. The one bar phrase into the two bar phrase and the three bar overlap creates plenty of deceleration and pushes the title line of the song to the spotlight. The melody of the verse stays within the range of a perfect fourth. Using mostly three notes (D, F, C) the tonic, flat three and flat seven, it moves away later only for contrast when it hits the II (E) and stays on that note for two bars. The refrain stands out as the highest notes in the piece (A). John Lennon decided to use modal interchange. (Wikipedia)