This is part four of an ongoing series where the kind folk of the music business reveal their favourite album of all time. 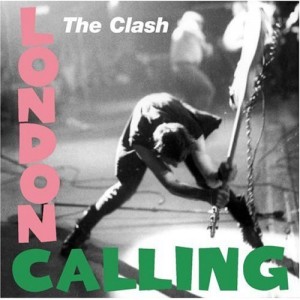 One of the hardest questions I’ve been asked as a musician and a music fan is the question “What is your favorite album of all time?” It’s not the first time I’ve been asked that and I think since I started playing music when I was 14 (19 years ago) I’ve probably said a different album each time. As a fan of music there’s no way you can pick just one. So in saying that, I’m gonna throw an album out there that’s one of my favorite albums of all time. Its an album I bought on vinyl, on CD and on iTunes because I had to have it in almost every form (except cassette + 8 track). Maybe I’m a music snob but the vinyl one sounds the best.

When I was a teenager in high school I liked “Grunge” music or “Alternative” music and then I got into Socal punk music at 18 years old when I joined Sum 41. I started to really get into that stuff and I started researching on bands I liked and I wanted to know what those bands liked. I listened to everything in that genre, bought all kinds of albums. I love great melodies and lyrics that mean something. In my research as a young 20 year old I discovered an album that I think it is not only the best punk albums of all time but one of the best overall rock records of all time. Either way its one of my favorite albums of all time. The album is The Clash’s “London Calling”.

Yvonne Valnea, Radio Promotor/Tracker and Publicist in the music and entertainment business for over 20 years under the moniker Last Tango Productions Ltd. 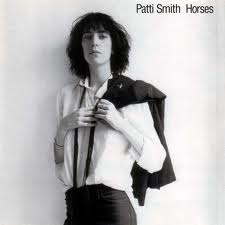 In a time when we were being forced to take Typing and Home Economics classes (cooking and sewing) in high school but not allowed to take Shop, Patti was my idol. She was beautiful, hairy armpits, wild hair and all. And most of all poetic, independent, a trail blazer in a time when all we had was Pippi Longstocking and Nancy Drew and the emaciated Twiggy was quickly becoming our next role model. She was cool, she had cool lovers and lived in New York. She sang and rapped her heart out and my big brother who I looked up to, adored her so of course I did too. I will never part with her music and if ever I need to tap into the inner spirit of my own Patti I just put her on at full volume. And she’s still going strong. At a time when the rest of them should probably call it a day, we need Patti around just as much now as ever. She remains an icon and a role model for girls and women everywhere and I thank her for that. 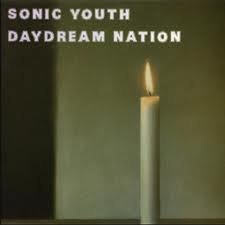 This album is a masterpiece and is the centepiece of Sonic Youth’s discography. The thick wall of guitar sounds enevelopes the listener with warm tones, wild feedback, and incredible drumming. The guitar interplay between Lee Renaldo and Thurston Moore showcases their talent to the extreme proving why they are two of the best guitarists today. Listen to this album and find out why it has been preserved for future generations by the Library of Congress.

I fell in love with this album in 1988 and it opened my ears to new ways to listen to music. It’s like a guitar orchestra. After listening to this album over and over, I began to dive into the band’s entire discography and have become a big fan of Sonic Youth.

Josh Jackson (@joshjackson) is Co-Founder and Editor-In-Chief of PasteMagazine.com and PASTE.com. He’s served as a regular film critic for CNN Headline News and various radio stations and can be heard on the upcoming Paste podcast soon. 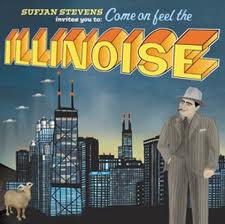 Sure, I could pick the coolest album of all time (Marvin Gaye’s What’s Going On) or the one that made me such a music hound in high school (R.E.M.’s Document), but if we’re talking favorite, I have to go with Sufjan Steven’s chamber-pop magnum opus. It contains one of the most beautifully sad songs I’ve ever heard in “Casimir Pulaski Day” and one of the most joyful in “Chicago.” It gets brutally honest and haunting in “John Wayne Gacy, Jr.” It captures both an enduring sense of place and a very personal sense of nostalgia. And when I first heard it, it expanded what pop could mean for me, marrying massive orchestral swells with intimate banjo and keys. I’ll never learn all 22 of those overly song titles, but I’ll never stop listening to those songs.

Take Off Your Pants And Jacket, Blink-182 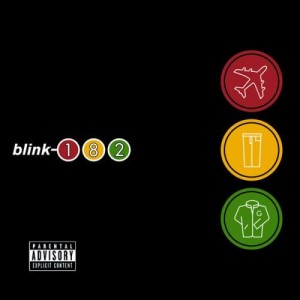 This album was given to me, unwisely, by my mom at such an influential time in my life. I specifically love this album, not for the hits Rock Show or First Date, but for the relatively unknown song, Reckless Abandon. This song helped me through both the terrible and the joyous times, of my teenage years. Overall this album has the joke quality that Blink holds but it also dips into a little more seriousness by addressing real problems that kids, teens and adults all have to deal with. It has your typical teenage angst but is balanced out by the progressive push of explaining where those emotions come from. All in all, I would highly recommend this to anyone, no matter what genre you are particular too.