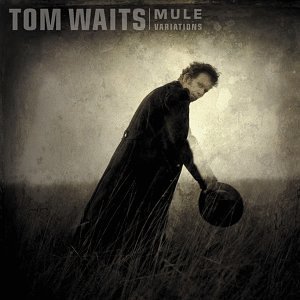 Since the first time I heard Mule Variations, I’ve been given to inhabiting it every time I throw it on because it sounds homemade and lived in already. There is love and loneliness in it (“Hold On” and “House Where Nobody Lives”), but clattering rhythmic genius like that in “Big In Japan” and “Filipino Box Spring Hog” too. That clattering percussive sound is what hooked me initially, and I’ve spent a lot of time in the years since trying to make sounds which even come close to it; from strumming industrial tie-wire in the back of a cube van during a rain storm (I’m not exaggerating), to pounding on the walls on the inside of an empty concrete grain silo and nothing has come close; what Waits did rhythmically on Mule Variations is, very simply, without parallel. That’s not all though — the heart and joy in songs like “Pony,” “Georgia Lee,” “Picture In A Frame” and “Take It With Me” feel like the warm spot in the sun that everyone has a fond memory of and lots or musicians spend their entire careers trying to make their own and present with their own stamp, but Waits has here perfectly, easily and in terms that any listener can recognize. There’s all of that on Mule Variations, but there are also the songs which are weird and impossible to qualify, but impossible to forget too. Those songs (like “Lowside Of The Road,” “Get Behind The Mule,” “What’s He Building” and “Black Market Baby”) meander aimlessly but paint a perfect (and perfectly skewed) picture of isolation and unease which is still captivating. With all these ideas combined into one album, listeners get the weirdest, most unclassifiable beast I can think of, but I keep coming back and drowning in the whole experience of Mule Variations over and over again.

Wayne Bledsoe, Entertainment writer for The Knoxville News Sentinel and host of “All Over the Road” on WDVX-FM
Wagoner’s Lad, Mike Craver 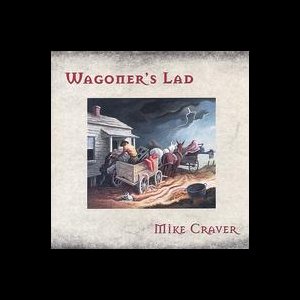 For people who are completely in love with music, I think it’s pretty impossible to pick anything as an absolute “favorite album.” Certain albums are always drawing you back. They help you remember good times and sentimental moments. They speak something you can’t say yourself or let you know someone else has felt something similar or simply connect in a way that is unexplainable. Why does “gabba gabba hey” or “yeah, yeah, yeah” or some other nonsense reach something down inside you and make you feel good? Who knows?

The albums that may be most important, though, are the ones that help you get through the hardest times in your life. In bad times and good, I am constantly returning to an album by Mike Craver called “Wagoner’s Lad.” It’s strange, folky, sweet and sometimes demented. It ranges from gothic stories like the title cut and the scary “Waiting for the Coming Storm,” to the sweet love song “Ollie’s Song,” and concludes with a song about the brevity of life that doesn’t sound smarmy or clichéd and always gets to me. I enjoy listening to this album any time, but during awful times (and I’ve had plenty), listening to “Wagoner’s Lad” feels like wrapping up in a blanket and listening to a friend tell you a story that you needed to hear again. I’m never without it.

Allison Outhit is no stranger to music in Canada. Once described by Sloan’s Chris Murphy as “the godmother of the Halifax scene”, Allison Outhit played in a whack of bands back in the day. She’s now VP of Operations at FACTOR.
Ocean Rain, Echo & The Bunnymen 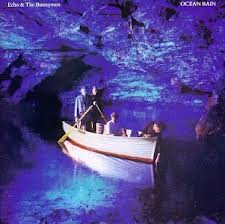 Nearly five decades into my rabid music-fandom, it’s impossible to pick just one all-time favourite! But the album that I think I’ve played the most, admired the most, and been most influenced by as a musician myself, is Echo & The Bunnymen’s fourth album Ocean Rain. Didn’t see that coming, did you? Released on May 8, 1984 (coincidentally, my birthday!), this album didn’t receive anything close to widespread praise. It was a marked departure from the band’s gloomy, stentorian brand of new wave; its layered arrangements, chamber instrumentation, and almost cheerful outlook in standout tracks like “Seven Seas” were all too much for the sourpusses over at NME and Rolling Stone. Still, it yielded an enduring hit (and karaoke favourite) in “The Killing Moon”, and when I listen to the album today, I’m still in love with front man Ian McCulloch’s broken-but-hopeful poetry. I’m utterly convinced that if that album came out today, it would be a hit – at my house, anyway! 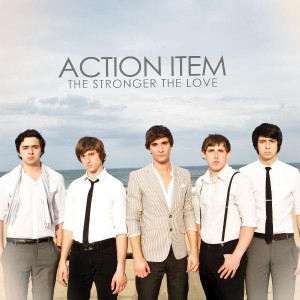 My favorite album of all time would have to be Action Item’s The Stronger The Love. I first heard about the band just a little over three years ago and I’ve loved them and their work ever since. It was the first album a band asked me to buy from them at a small venue show, so I suppose that makes it special, but the message of the album is the main reason I could never get rid of it. From breakups, to long distance to remembering where you come from, it has everything. As a kid who wants to move far away from home for college, my favorite track on the album would have to be Home. It always reminds me that no matter where I go, what I do, or how I choose to live my life, I will always come home. 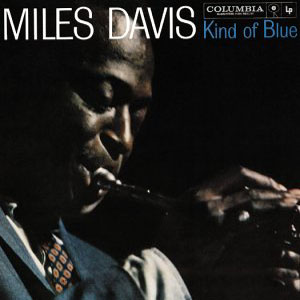 As a rock-oriented guy, I worked backward to acoustic jazz. I moved from prog rock groups with jazz touches like King Crimson and Gentle Giant to fusion bands that were side projects of prog rock bands (e.g. Brand x) to actual fusion bands (Return to Forever) to Miles Davis’s pioneering fusion albums (Bitches Brew). I kept hearing about Davis’s earlier acoustic “masterpiece” Kind of Blue, and finally gave it a shot after seeing the album on sale for 4.99 at Sam the Record Man. I took it home and put it on right away. With the late afternoon sun shining through my apartment window, precisely 1:33 into the opening track, “So What”, I said out loud “This is one of the greatest albums I’ve ever heard.”