Written by Lindsey Buckingham, it was the lead single from Fleetwood Mac’s 1977 album Rumours. It peaked at number ten on the Billboard Hot 100, becoming the group’s first top-ten hit in the U.S. 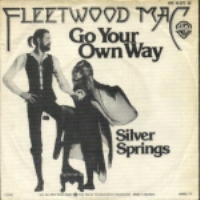 If you don’t love Rumours, you’ve probably never broken up with someone.