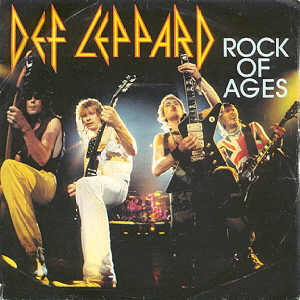 Off Def Leppard’s 1983 album Pyromania, the track “Rock Of Ages” was released as a single and went to #16 on the Billboard Hot 100 chart.  The track helped drive to album to massive worldwide sales including over 10 million copies sold in the U.S.  The track was recorded at Park Gates Studios Battle, Sussex in the U.K. and produced by Robert John “Mutt” Lange.

Rick Allen’s drums with some backing vocals from Joe.