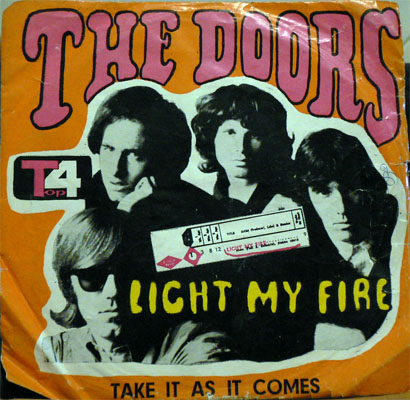 “Light My Fire” by The Doors is one of those iconic American rock songs that still clocks up thousands of spins every year on the radio. The album version of the song weighs in at 7 minutes while the edited 2:52 single without the solos is what got them on the radio and brought them a fanbase when it debuted in 1967. Check out guitarists’ Robbie Krieger and the late keyboardist Ray Manzerek’s work.