This is a ‘vocals only’ version of “Day Tripper” highlighting the voice of Paul McCartney, and with John Lennon adding harmony. Other than at the beginning, any instrumental breaks in order to allow for the subtle vocalizations between the sections.

“Day Tripper” was released as a double A-side single with “We Can Work It Out”, and both songs were recorded on October 16, 1965 during the sessions for the Rubber Soul album. The single topped the UK Singles Chart and the song peaked at #5 on the Billboard Hot 100 chart in January 1966.

In Many Years From Now, McCartney said that “Day Tripper” was about drugs, and “a tongue-in-cheek song about someone who was … committed only in part to the idea.” The line recorded as “she’s a big teaser” was originally written as “she’s a prick teaser.” 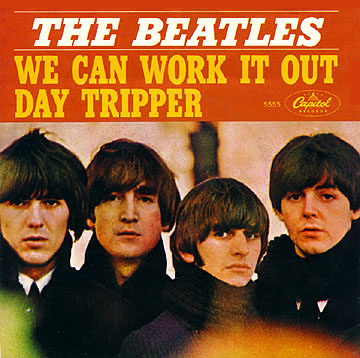