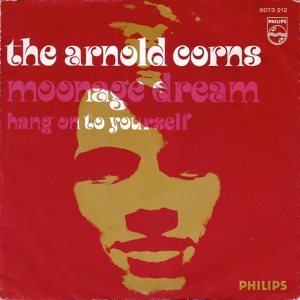 David Bowie’s “Moonage Daydream” was first released as a single with the band Arnold Corns, which didn’t really do much at the time. A re-recorded version, featuring Bowie and his backing band The Spiders from Mars, was released in 1972 on the album The Rise and Fall of Ziggy Stardust and the Spiders from Mars.

The song tells of an alien messiah and hints at his destiny to save the world from the impending disaster described in Bowie’s “Five Years”, as well his fate as the quintessential “soul lover”. In terms of the creative core of The Rise and Fall of Ziggy Stardust and the Spiders from Mars, this is one of the most important and involved songs as it describes virtually every aspect of the creation of Ziggy from a combination of religion, romance, sexual freedom, rebellion, and passion; he metamorphoses into the archetypal rock star. And we’re all still in awe more than 40 years later.