This is part 20 of an ongoing series where the kind folk of the music business reveal their favourite album of all time. 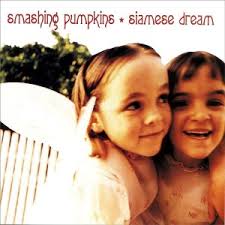 It began for me with a drum roll. Jimmy Chamberlain’s album-opening snare hits on Cherub Rock still moves me to this day, and continues to serve as something of a warm-up to the hour-long guitar assault that follows. This is as close to sonic perfection as I ever want to hear. Released just over a month after I turned 22, it satisfied my tastes perfectly at the time. I grew up with an affinity for rap, but there was something special about the Smashing Pumpkins – an intangible that made me believe they were outcasts. I liked that this strange group had a sense of mystery about it, and that its two distinct musical styles (symphonic softness and muscular riffage) seemed to come from separate groups altogether. I knew immediately that this band – especially its difficult leader – would never fit in, no matter how much Billy Corgan wanted them to, or how hard he tried. I liked that it was doomed from the start. In some ways, that made the record as tragic as it was beautiful. The singles (Today, Disarm) were gateways for most people, but for me the songs that continue to stick are the mini operas, the densely crafted, overly manicured tributaries that flowed from Corgan’s warped mind. Delivered to the label late, and over-budget, it was an atypically overblown statement in the era of lo-fi slackers. The album’s best song, Silverfuck, is 8:43 in length, while two others (Soma and Hummer) near the seven-minute mark. Perfectly imperfect, then as it is now. 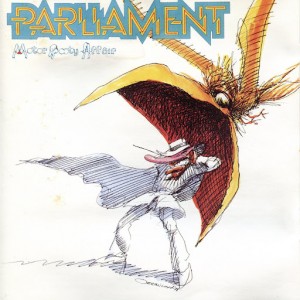 My favorite LPs are always fluid and seldom constant. But there are a few LPs that I regularly revisit and in almost all cases hear something new. So hear it goes.
1. Parliament, Motor Booty Affair, 1978: The complete aural/visual package of this fantastical homage to Detroit’s music scene fascinated me as a tween. The layering of all the grooves, harmonies, puns, and rhythms remains nearly peerless.
2. Prince, Lovesexy, 1988. To me, the joyous singing and improvisational-nature of some of the tunes remind me of the best of early-’70s the Staple Singers, particularly the last tune, “Positivity.” Also, it featured my favorite Prince band that contained the virtuoso to follow Prince in nearly any musical direction; with Sheila E. handing drums, the late Boni Boyer lending powerful vocals, and Eric Leeds and Atlanta Bliss taking care of the horns — among the other musicians — this band was certainly funkier than the Revolution. Also, they looked like a groovy version of the X-Men in their promo shots.
3. Wayne Shorter, Atlantis, 1985: This LP provided the perfect soundtrack to my freshmen year in college when I delved into Marvel comic books — the X-Men, the New Mutants, the Avengers, etc.
4. Earth, Wind, & Fire, Open Our Eyes, 1974: Side two is one of the most stylistically diverse masterstrokes in R&B history — from blues to gospel to Afro-funk to jazz. Amazingly, it made all sense.
5. Marvin Gaye, What’s Going On?, 1971: Even though I was 4-years-old when this came out, I was transfixed by the soulful melancholy of the music. As I older, the lyrics took hold of me and have never let go. 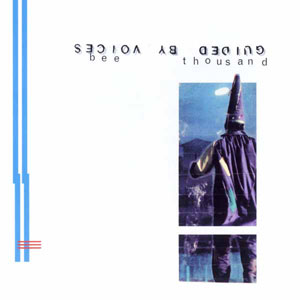 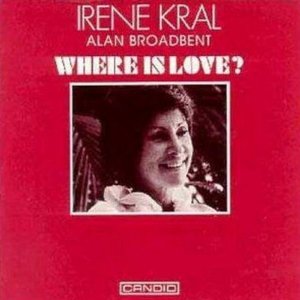 One of the quintessential vocal recordings of all time – a big statement I know! What sparkles most about this recording is the exquisite combination of Irene’s gorgeous interpretations of standards accompanied by the wonderful Alan Broadbent on piano. She knows how and when to use restraint and when to be on full power. The choice of material is dead on – great tunes. I don’t know where I purchased the album but fell in love with it when my husband told me about it. His recollection of the album was in playing it as “setting up” music for the Yardbird Suite evenings many years ago in Edmonton. It was a cassette tape in those days..sadly, someone else thought it was great too as it went “walking”. If you don’t know who Irene is – sadly taken from us too soon – you absolutely need to have this in your collection. I particularly love her take on Blossom Dearie’s “I Like You, You’re Nice”. Perfection. 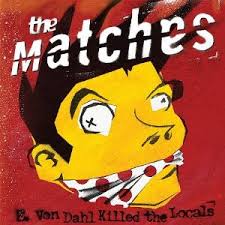 You could say it was just right time and right place, a 14 year old Sari could not resist the hooky punk rock anthems. This album is laced with all the right kinds of aggression and still brings me to a happy place whenever I turn it on, which I often do daily. Something about it is so timeless for me. So much so I named my company after one of the songs on it!