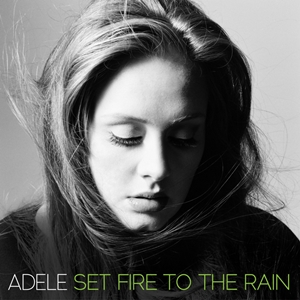 Adele became the first female British artist in history to have three consecutive US number ones when “Set Fire To The Rain” did the trick in 2012. With “Rolling in the Deep”, “Someone like You” and “Set Fire to the Rain” Adele logged a total of 14 weeks atop of the Billboard Hot 100, the most number of weeks at number one a British female artist has had from the same album.

This is a ‘vocals only’ version of “Set Fire To The Rain” highlighting the fantastic voice of Adele. This is the ‘official acapella’ studio track set to her live performance on Later…Jools Holland.