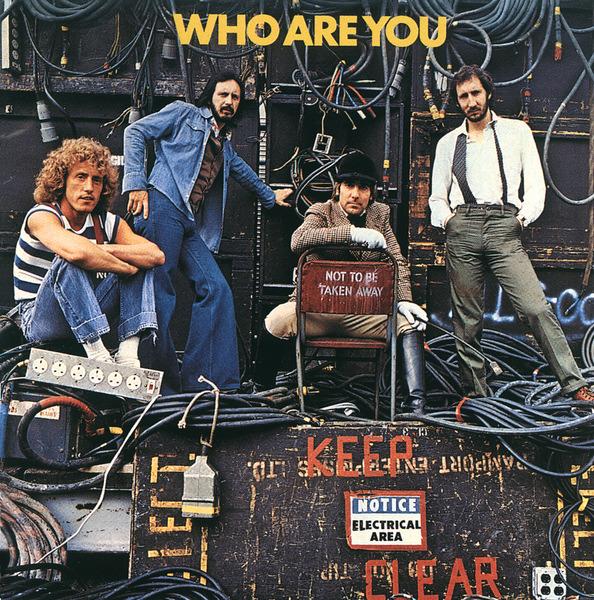 “Who Are You”, composed by Pete Townshend, is the title track on The Who’s 1978 release, Who Are You, the last album released before drummer Keith Moon’s death in September 1978. Moon died just under a month after its release, and on the cover, he is shown sitting in a chair ironically labelled “Not to be taken away”. Moon had insisted on sitting in the chair with the back to the camera so as to hide his distended stomach, the result of his alcoholism. But I digress…

The lyrics begin with a true incident, courtesy of Pete’s alcoholism. He claims he really did “wake up in a Soho doorway”, and a policeman recognized him and advised him to go home.

The album peaked at #2 on the Billboard Album Charts. The release that blocked it from being their first (and only) #1? The soundtrack to Grease.

…and here’s the pretty amazing drums (listen for the sloppy kicks) of Keith Moon.