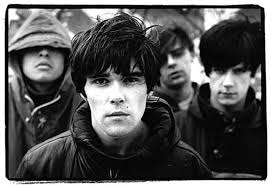 Love Spreads” was a single released by The Stone Roses on the album Second Helping in 1994 in the U.K. and 1995 in the U.S.. The track peaked at #2 in the U.K. and at #55 on the Billboard Hot 100, making it the only track by the band to make that chart. That’s right – nothing from their classic debut broke big over in the US.

…and the awesome Remi on the drums.