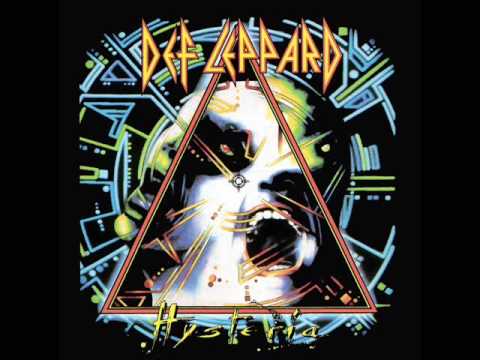 Love IS like a bomb, baby, come and get it on. Classic 80s rock anthem “Pour Some Sugar On Me” appeared on Def Leppard’s 1987 Hysteria album. The tune hit #2 on the Billboard Hot 100, and it also helped the album sell over 20 million copies.

But it wasn’t an easy sell. Near the end of recording the album Hysteria, singer Joe Elliott was jamming with a riff he had come up with recently on an acoustic guitar. Producer Mutt Lange, expressing great liking of it, suggested that it be developed into another song. Although already behind schedule Lange felt that the album was still missing a strong crossover hit and that this last song had the potential to be one. Within two weeks the song was completed, smoothed out and included as the twelfth track on Hysteria.

By the spring of 1988, Hysteria had sold 3 million copies, but it still was not enough to cover the album’s production costs (the most expensive ever at the time). Thus, the band edited footage from an upcoming concert film to make a new promo clip for “Pour Some Sugar on Me” and finally released it as the fourth single in North America. THEN the album exploded.