This is part 22 of an ongoing series where the kind folk of the music business reveal their favourite album of all time. 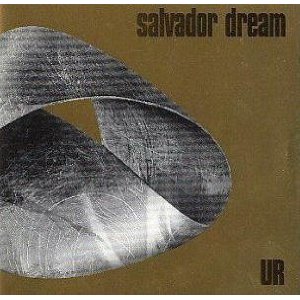 Salvador Dream was a unique power ballad 3 piece band. There one and only album was entitled UR. I was given their disc in the 1990’s, and whomever the label person was knew I loved interesting great music. I connected with this band and have listened to the full album 300 times plus. I have never stopped listening to this album. The music gives me such positive feelings and i rock out to it to free myself of the world. 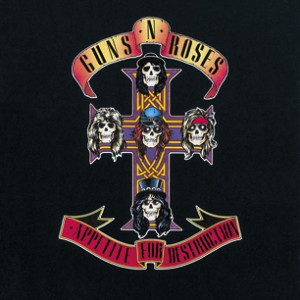 I had to think about this one for a bit because there are a few albums that I could put down as a favourite. My favourite album is going to depend on my mood (like most people), but I have one album that I find I always gravitate towards, “Appetite For Destruction.” I was only 5 when it was released and still remember the first time hearing one my favourite songs of all time, “Rocket Queen,” being blasted by my brother from his room. Everything about this album still blows me away. From the opening of “Welcome To The Jungle,” to the massive change up near the end of “Rocket Queen” to close it out, the original artwork, Axl’s voice and the fact that a guy named Slash could play a guitar the way he did and still does! After burning through 2 Cassettes and 5 CDs, “Appetite” is my favourite album of all time! 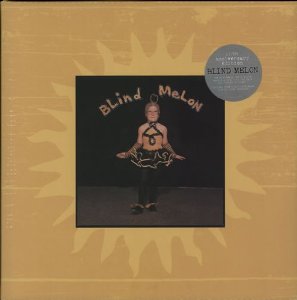 Blind Melon is one of the most underrated rock bands of the 90s and ‘Soup’ is their magnum opus. Most people know the band for their hit, ‘No Rain’. This album sounds very different. It’s much darker and the songwriting is more eclectic. It’s more of a grower than a shower and took a few listens to fully appreciate, but quickly became one of my favourite records. In fact, a few years ago I bought the ’74 Strat that their guitarist used during the album’s recording sessions when it popped up on eBay. 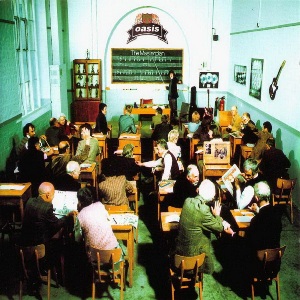 This isn’t really an album but a compilation of Oasis’ best b-sides from the ’90s. Having been a huge Oasis since I was 12 (thanks to my older brother), I always loved that Noel Gallagher would write these unbelievable songs and then let them go as b-sides making them these hidden gems for the biggest fans. Many of these songs, including Acquiesce, Talk Tonight, The Masterplan, Fade Away, Rockin’ Chair, and others, beat the singles they were meant to support. I really believe that if Oasis had released this collection as their proper third album rather than the bloated Be Here Now, they would’ve maintained their status as one of the biggest bands in the world. In fact, I love the album so much that at my recent wedding my wife pulled out her guitar during the ceremony and led the crowd in a pre-planned sing along of the title track to my massive surprise. 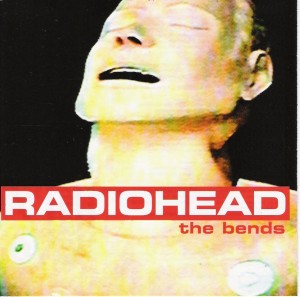 Christ. Answering this question always stresses me out. Matter of fact, when I saw the email in my inbox I wanted to simply delete it. How the hell do you expect me to pick one album? One? One. It seems that music has been my best friend since I was in the womb. Throughout my childhood, my father spun Talking Heads and the Beatles. The Cure and Jethro Tull. I believe I knew the lyrics to every Smiths song before I could even walk. Asking me to pick one album out of the hundreds that have changed my life? Eric Alper, you have some balls. Should I pick my album of the moment? I’ve been digging through that Talking Heads catalogue of late. It’s damn good. I’ve also been into lots of the great R&B records of late (Hiatus Kaiyote, Miguel, The Weeknd). Or should I dig into my past? My formative years? The first album I remember owning was one by a man named Prince. Purple Rain certainly hit me hard. And then there was Thriller. I begged my parents to get me tickets to see Michael Jackson. They said no concerts until I was 18.

It wasn’t long before I discovered hard rock. Was Guns N Roses’s Appetite for Destruction actually created especially for me? I felt just as angry as Axl and crew! But this led me to dig deeper and I soon found Led Zeppelin. At any given time during my early teen years I could give you a different Zeppelin album that I swore changed me. Learning that they stole all of their shit from the blues didn’t sit well at first but, naturally, one thing led to another. This eye-opener revealed yet another genre where I continued to fall further, harder, and with more excitement than ever before into this rabbit hole love affair called music… Story of my life.

And so, today, answering your question seems almost impossible. I don’t consider myself a slave to any one type. I love all music. It is in my soul, my heart, my every breath. Though, I guess, as I run through all of the albums that helped to construct this mind/body/spirit, I suppose there is one that I keep coming back to – one that I think I can count on more than any other.

In my early teens – I’m just going to come right out and say this – I was quite the heartbreaker or more appropriately, thought I was. Both of my high school girlfriends suffered my angsty wrath and woe. (In hindsight, I was simply an asshole – not a heartbreaker). But by my late teens and early 20s things had changed. The girl that I had fallen in love with had dumped ME. Hard.

I purchased the first Radiohead CD, Pablo Honey, under the marketing term “grunge” in a record store in 1993. I thought it sucked…other than “Creep” and “Thinking About You” and “Lurge”, anyway. While I have always prided myself on staying ahead of the curve and knowing when to give a band a second chance, this band did not seem to elicit my curiosity. I let it go. It wasn’t until my brother played me that new single – the one that would introduce me to the album that became my world for years to come – that I saw the error of my ways.

This song was called “Fake Plastic Trees”. And it was perfect.

When I finally bought the cd, I admit I popped it into the player skeptically. Couldn’t help but wonder if this would be another Pablo Honey with only two or three tracks that were worth hearing. From the second that I pushed play, however, I knew that something was different.

The sound of “Planet Telex” echoed influences of Pink Floyd – and not Nirvana. With echoing electronic rock, the blood in my ears buzzed and sizzled and I knew my life was about to change.

The next song was “The Bends” and this one – oh this one – hooked me. “I wanna live/breathe/I wanna be part of the human race”. If this 25-year-old British dude called Thom Yorke wasn’t actually crawling around in my disgruntled suburban mind, I don’t know how he knew what he did.

And then “High and Dry”. “Fake Plastic Trees, of course. And “Bones”.

It went on and on like this… Each subsequent song pulling me in closer and closer.

Sharing a broken heart and all of your insecurities with an album always elicits a sort of divine intervention. But this one had nailed it.

Sarah was three years older than me. I was 18. She was 21. We worked at a retirement community together. We imitated our favorite old people. We flirted. We did pratfalls and dressed like morons on purpose. We laughed a lot. We pretended that we weren’t falling in love because I had a girlfriend (right, one of the ones that would soon label me an asshole). But we were falling in love… Like, madly in love. And the fireworks set off immediately upon a clandestine meeting on a 50 yard line – the exact same night I broke it off with the aforementioned girlfriend. (Asshole or just a sucker for romance?) It was a truly magical moment.

And then, ya know, what goes around comes around.

We didn’t think about our age difference at first, but, as you can imagine, legal drinking age versus legal age to buy cigarettes is basically an entire lifetime. She went out to bars. I was stuck at house parties with other underage lunatics. She hung with classy dudes who drank martinis. I had just discovered shots. The martini dudes were older and more mature. They listened to jazz, meanwhile my music was still full of rage. Or so was my perception. She began to push me away. And soon, it was over.

Wait, this is supposed to be about an album that changed my life! Why am I talking about a girl, you ask? And THE BENDS at that? It’s not a break up album!

When I first heard The Bends, I didn’t think of it as a breakup album. And you probably still don’t. But to me that’s what it ended up being. And actually still kind of is. To this day I can pick out lyrics that feel like rocks thrown at my heart. “I get on the train and I just stand about now that I don’t think of you. I keep falling over. I keep passing out when I see a face like yours.”

But what’s more is that I also hear lyrics and sounds that make me feel like everything is going to be okay. Like Mr. Yorke had been there. He had made it through. And I would too.

Over the years, as the wounds healed and I found new and more real love, this album has changed shape somewhat too. While there are still moments that I go back in time and hear the album as that broken-hearted, angsty fellow, these days I discover more in it than I was ever capable of in my younger days.
There’s the lightness of “Street Spirit” and the coziness of “(nice dream)”. Sure, I am now a classy, martini-drinking dude who rarely does shots… But I cannot deny that this album has contributed so much to my own personal “Coming of Age” tale. If nothing else, it started an internal revolution, helping me realize that music didn’t have to be so loud to reach such a quiet place in one’s heart. A great album finds you. You don’t find it.

That young man learned a lot from this album. And he still does. “Immerse your soul in love”.