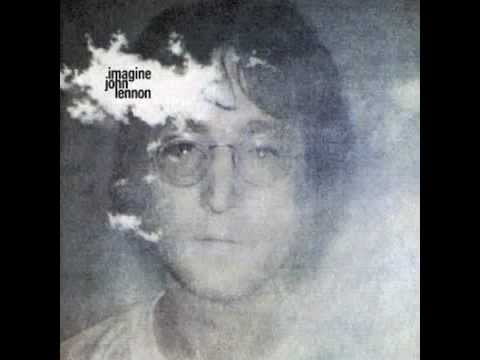 John Lennon and Yoko Ono co-produced the song and album of the same name with Phil Spector. Recording began at Lennon’s home studio at Tittenhurst Park, England, in May 1971, with final overdubs taking place at the Record Plant, in New York City, during July. One month after the September release of the LP, Lennon released “Imagine” as a single in the United States; the song peaked at number three on the Billboard Hot 100 and the LP reached number one on the UK chart in November, later becoming the most commercially successful and critically acclaimed album of Lennon’s solo career. Although not originally released as a single in the United Kingdom, it was released in 1975 to promote a compilation LP and it reached number six in the chart that year. The song has since sold more than 1.6 million copies in the UK; it reached number one following Lennon’s death in December 1980.

BMI named “Imagine” one of the 100 most-performed songs of the 20th century.