This is part 24 of an ongoing series where the kind folk of the music business reveal their favourite album of all time.

I was in 7th grade when this came out, and I’ll never forget dancing to “Give It Away” at an end-of-the-school-year party. I bought the cassette shortly thereafter. I played it to the point of kissing, squeaky noises and then repurchased it on CD, appreciating that I often found a different track that jumped out at me as my “favorite,” depending on my mood. It remains an undeniable favorite and desert island must-have. 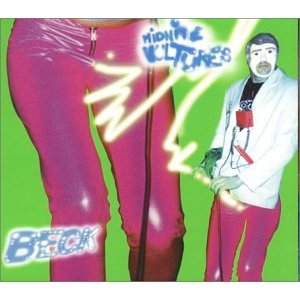 When it comes to Beck, I’ve never really been a huge fan. Sure, I liked Odelay and Guero as much as the next person, but I didn’t get the chance to appreciate the genius behind the singer-songwriter until my ex-boyfriend spun Midnite Vultures for me one lazy winter afternoon. Released in 1999 with “Sexx Laws” as the opening track and single, Beck fuses funk and soul with hip-hop and R&B into a fantastical mish-mash of completely unclassifiable tunes, and I’ve always felt like it’s his most under-looked LP. I’m all about albums where every song is different, but coherent, and Beck masters said skill while wailing out in an impressive falsetto. Midnite Vultures has now, in turn, become my favourite album of all time, as well as my favourite Beck phase. I would do pretty much anything to see the entirety of the album played front to back live: can we party like it’s 1999, again? 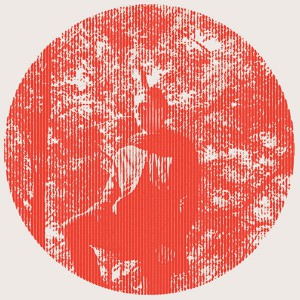 I encountered this album less than a year after starting the blog, and the world of Canadian music still seemed vast and foreign to me. I knew Owen Pallett was a big deal, but I had no idea why as he was one of the many acts on my “I’ve heard of them but have never heard their music” list. After listening to Heartland for the first time I was stunned, and as I read more and more about the album’s storyline, I was also introduced in a big way to the idea of a concept album. It’s a massive and complex album with bigger arrangements than anything he did before. Pallett’s strings are of course still the main focus, but he experiments with electronics more and shows how much he’s evolved since Has a Good Home. Pallett somehow also makes the plight of an ultraviolent farmer accessible. I’ve probably listened to this album more than I have anything else, and even as I listen now I still find new things I’ve missed—witty lyrics, pretty melodies, things like that. The album catapulted Owen Pallett from someone I had never heard of to my favourite Canadian musician of all time. 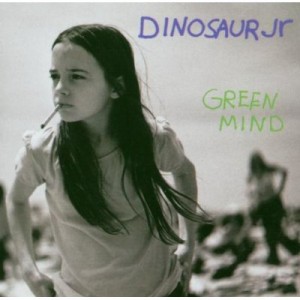 It was released while I was in high school and served as my introduction to the band. As is often the case, a first taste of a band is usually the sweetest. Back when LPs and cassettes gave meaning to Side A and Side B, Green Mind produced my favourite side of any album. Side B is perfect, culminating in the beauty of the mellotron and melody of the guitar solo on Thumb. Twenty-three years later, this album is still in regular rotation wherever my ears go. 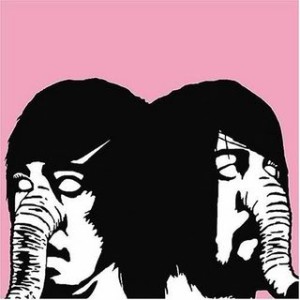 Music has been a huge part of my life for a very long time. When I was young it was all of my dad’s music (my favourite, still, being Huey Lewis & The News), but then while I growing up in a small town in the Niagara Region of Ontario, things shifted. There wasn’t a lot to do in Port Colborne, so my friends and I started going to live music shows in the area. This was a time when alexisonfire was just started out, as were Attack In Black, Cancer Bats, The Snips, etc. and the SCENE festival in St. Catharines was still primarily billed with loud punk bands. I spent many an evening with my camera in sweaty, dirty bars, photographing and head banging along. Then, 10 years ago, as I was starting my second year of university, my brother alerted me to a record that I ended up falling head-over-heels for…”You’re A Woman, I’m A Machine” by Death From Above 1979. I was fairly obsessed with it then, and to this day it is still a record that I listen to all the time – which is rare now that I’m thrown music from all directions on a daily basis. In June of 2005, I saw THE BEST concert I have still ever seen to date: DFA performing at the Horseshoe Tavern. While I smashed my knees against the front of the stage, singing along, I solidified my eternal love of this album, in all forms live and recorded. I remember being CRUSHED when I learned they were breaking up, but slightly satisfied as I knew nothing could top that show in my mind. Now with a reunion, and new music finally coming out, almost 10 years to the date, I am over the moon to add more DFA to my collection, but “You’re A Woman, I’m A Machine” will always sit on high, atop thousands and thousands of songs in my play-count.