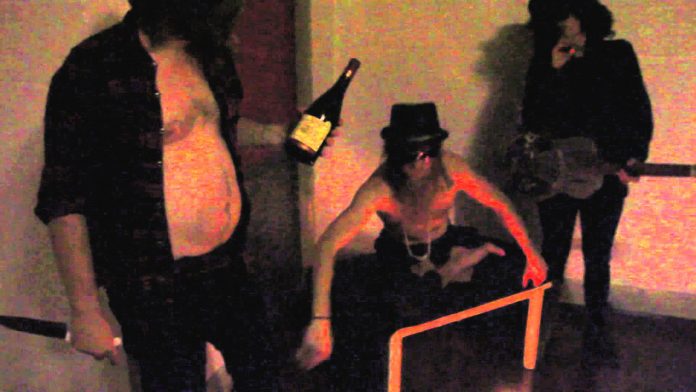 Arcade Fire are celebrating Halloween with a special treat for their fans: a bizarre, 21-minute horror film titled Festi. It was directed by “Noreen Bauble”, one of the band’s previously-used pseudonyms, and is billed as “a look back at the 2011 summer festival tour” (that’s the film’s poster, above). The entire band stars in the mini-movie, along with a number of noteworthy figures: James Murphy (as a sad DJ), Fleet Foxes (as bearded singers), Andrew Garfield (Spider-Man), and the National (whose Bryce and Aaron Desser play creepy twins), just to name a few. The full cast is listed in the credits, which start around the 21:42 mark.

Be sure to stick around until the end to see Peter Gabriel as a security guard and witness a performance of Guns n’ Roses “Sweet Child O’ Mine” from – you guessed it – Slash himself.