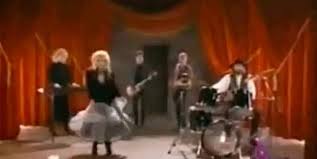 Despite the staggering success of Rumours, the merchandise sales, the endless radio plays and the sell-out tours, Mick Fleetwood never saved any money. He had no idea how much he earned or how much he spent and, in 1984, he went bankrupt. In the book, there is a story that sums up his state of mind at the time. It involves Ghana – where he had gone to make an album, The Visitor – and a Rolex watch.

“I knew that it was the beginning of the end and everything was closing in on me,” he says now. “If you are going to be without money, you may as well be in Africa where nobody has any money. I got there, got blind drunk, I had this big old Rolex on and it was a childish thing but I thought this represents all the excess and I’m done with it. I got a beer bottle and smashed it. He later got it repaired, but then lost it in a brothel in Amsterdam.

“I was sort of goofing around. They were all sitting in windows in the red light district. I had a foot massage and I lost my lovely watch forever. It serves me right.” In the book it is unclear just how many times he was made bankrupt.

“In the end I’ve lost count,” he says. “I’m like Donald Trump. I think he’s been bankrupt about seven times. You pay off what debts you can. You do what you are told by your accountant. I really didn’t have much to do with it. I carried on like nothing had happened.”

But didn’t they take his houses away?

“Yes, they did. But I was allowed to keep one of the houses. It wasn’t much fun, but I didn’t feel it that badly. I had lovely stuff but I’d be quite happy in a tent.”