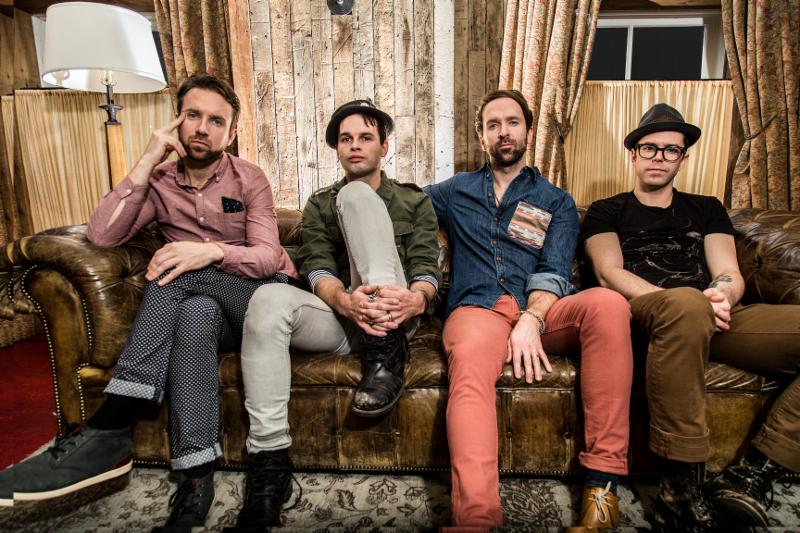 Continuing to build on the success of an incredible 10 year career, The Trews announce that their 2010 single, “Highway of Heroes,” has been certified Gold with sales of 40,000 digital downloads. This marks the band’s second Gold-selling single from their catalogue of hits, alongside “Hold Me In Your Arms” (2007). Previously, The Trews have had two albums achieve Gold status including their debut House of III Fame (2003) and Den of Thieves (2005).

“Highway of Heroes” was inspired by the 2006 death of Captain Nichola Goddard, the first Canadian female soldier killed in Afghanistan and a schoolmate of members of The Trews. The track refers to the stretch of Highway 401 in Ontario, between CFB Trenton and downtown Toronto, where hundreds gather on bridges and overpasses to mourn fallen soldiers. Available at iTunes.ca, all profits from sales of “Highway of Heroes” go directly to the Canadian Hero Fund, a charity that provides academic scholarships to the spouses and children of soldiers lost in combat.

News of the single going Gold, follows The Trews embarking on an extensive 2014 fall / winter tour dubbed Rise In The Wake. For more information about the tour and where to purchase tickets, visit www.thetrewsmusic.com.

The Trews “Rise In The Wake” Canadian Tour Dates:
* ‘An Evening With…’ (acoustic set and electric set, no support act)