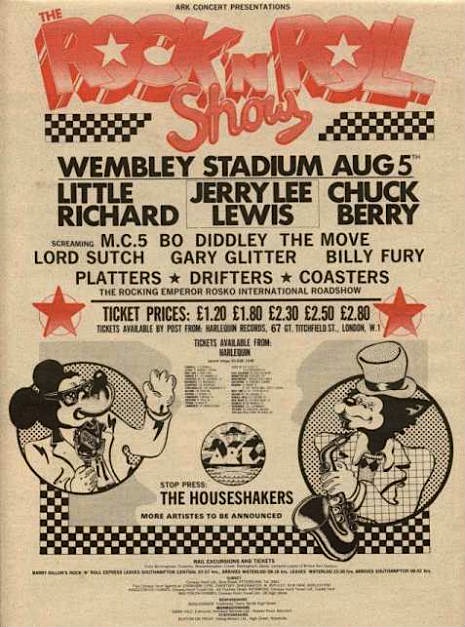 The London Rock and Roll Show was the first major pop concert to be held at Wembley Stadium, the sports arena later famed for LiveAid. Headlining the show that day on August 5, 1972 were the legendary veterans of Rock ‘n’ Roll Chuck Berry and Little Richard. They were supported by Bo Diddley, Jerry Lee Lewis, Screaming Lord Sutch and Billy Fury. The whole concert was filmed by Peter Clifton, who later directed Led Zeppelin’s The Song Remains the Same, and watch out for a young Malcolm McLaren selling T-shirts at his Let It Rock stall.