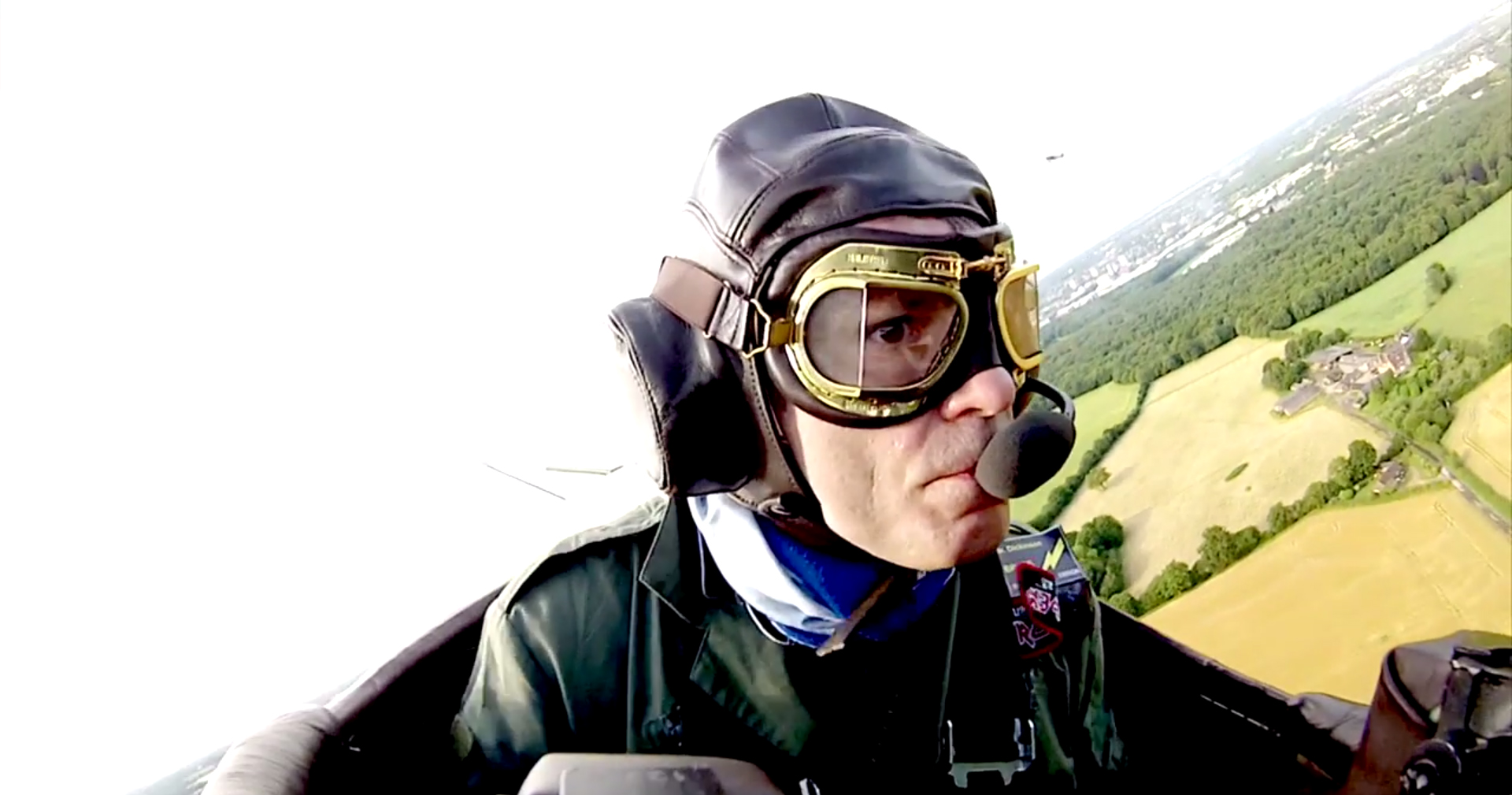 Outside his career in music, Iron Maiden frontman Bruce Dickinson is well known for his wide variety of other pursuits. Most notably, he undertook a career as a commercial pilot for Astraeus Airlines, which led to a number of media-reported ventures such as captaining Iron Maiden’s converted Boeing 757 during their world tours.

Earlier this summer, Dickinson took part in a 12-minute, nine-plane air display at Sonisphere in the summer with The Great War Display Team.