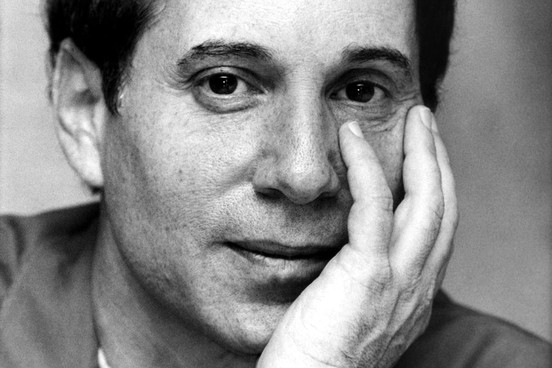 The Rock and Roll Hall of Fame and Museum is launching a new exhibit chronicling the life, career and creative inspiration of two-time Hall of Fame inductee Paul Simon, opening in Cleveland on October 30.

“Paul Simon: Words & Music” will feature exclusive candid commentary gathered from hours of filmed interview footage that walks the audience through the personal story of Simon’s life and his creative process. This opening marks the Museum’s first-ever exhibit anchored by first-person narration by the artist. In addition to the autobiographical films, there will be videos of select performance highlights from Simon’s five-decade career and a collection of more than 80 artifacts spanning his early life and time with Simon & Garfunkel, through his solo career and to the present.

Simon’s narrative guides the visitor through the story of his life using an illustrative timeline to explore who he was as a young musician, his songwriting and creative process, and his experimentation and love of world music.  The museum curators worked for over eight months to create the exhibit, which will speak to generations of fans, as Simon’s music continues to do.

The exhibit will also showcase more than 80 artifacts including several iconic guitars like Simon’s 1967 Guild F-30-NT-Spec used to write and record most of Simon & Garfunkel’s canon, and his first-ever guitar; handwritten lyrics spanning his career; personal summer-camp correspondence between a teenage Paul Simon and his friend Art Garfunkel; classic jackets and accessories; rare photos; historical documents; and other items.

The exhibit is curated by Craig Inciardi and Karen L. Herman, who recently joined the Rock and Roll Hall of Fame and Museum as Vice President of Collections and Curatorial Affairs. In this newly-reimagined curatorial role, Herman leads initiatives to integrate the Museum’s archival resources with its artifact collections to place rock history in a cultural context, engage visitors in the Museum’s exhibits and increase worldwide access to both physical and digital artifacts within the institution’s priceless collections.

Simon is a two-time inductee into the Rock and Roll Hall of Fame, a member of the Songwriters Hall of Fame, a winner of 12 Grammy Awards (three of which were albums of the year) and a 2003 recipient of the Grammy Lifetime Achievement Award for his work as half of the duo Simon and Garfunkel. His song “Mrs. Robinson” from the motion picture The Graduate was named in the top ten of the American Film Institute’s100 Years…100 Songs. He was a recipient of the Kennedy Center Honors in 2002 and was named as one of Time Magazine’s “100 People Who Shape Our World” in 2006. In 2007, Simon was awarded the first annual Library of Congress Gershwin Prize for Popular Song. In 2011, Simon was elected to the American Academy of Arts and Sciences.

In addition to the Museum exhibit, the Rock and Roll Hall of Fame and Museum’s Library and Archives is hosting a small exhibit highlighting one of Simon’s best-loved songs, “The Boxer.” The exhibit includes multiple drafts of the song lyrics — giving visitors a detailed look into Simon’s songwriting process.