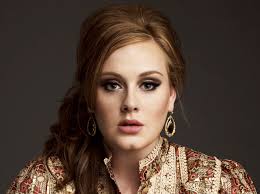 Adele’s manager has spoken out in favor of music streaming, following high profile hold-outs such as Taylor Swift, whose decision to pull her entire catalog from Spotify has renewed debate about the economics of the streaming model.

“Streaming is the future, whether people like it or not. Within five years it will be ubiquitous,” Jonathan Dickins said on the closing day of the Web Summit tech conference, which took place in Dublin on Thursday November 6.

The typically press-shy manager did warn that services like Spotify would need to change their distribution model if they were to avoid further artist hold outs, however. Famously, Dickins’ biggest client, Adele, didn’t allow her 21 album to be available on Spotify until long after its commercial release.

“I don’t believe one size necessarily fits all with streaming. To get around the situation with someone like Taylor Swift — and Spotify won’t do it — is that maybe there is a window between making something available on the premium service earlier than its made available on the free service,” said Dickins, who spoke about the “lopsided” disconnect between how record labels and artists perceive YouTube (“the biggest streaming service around, without a doubt”) and platforms like Spotify and Deezer.

“What’s interesting is that people take things down off Spotify, yet if I search now for Taylor Swift on YouTube, within the space of 30 seconds I can have the whole Taylor Swift [album] streamed. Some of it is ad-supported, so there is revenue, and some of it’s not,” said the 42-year-old Brit, whose London-based September management company represents Adele, Jack Penate, Jamie T, London Grammar and producer Paul Epworth, among others.

“On the one hand, the labels are trumping YouTube as a marketing tool and 10 million views is [hailed] as a marketing stroke of genius,” he continued. “On the other hand, they’re looking at 10 million streams on Spotify and going: ‘That’s X amount of lost sales.’ So I think there is a lopsided effect. For an artist that needs discovering, anyone who has got a real good album, but is very niche, I think streaming is great for them. Taylor Swift probably looks at it and thinks, ‘There is an element of cannibalisation. I am a brand. People know who I am and I want to protect the record sales.’ And that’s fair enough.”