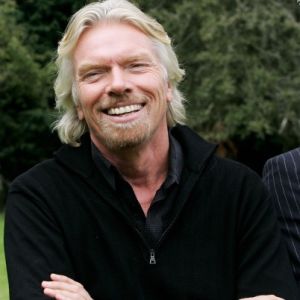 I’ve been left dazed and confused by a story doing the rounds this week about us apparently offering Led Zeppelin £500 million to reform and carry out a tour. As much as I love the band, there is absolutely no truth to the story.

There were even claims that Virgin Atlantic was about to rename one of our planes and include a stairway to heaven in honour of the band. However nice an idea, this is also completely untrue. After a week of seeing worryingly inaccurate reports in various publications regarding Virgin, it was sad but not particularly surprising to see yet another fabricated story.

I spoke to Robert Plant about the story, which he also confirmed is complete rubbish from his side too. Robert told me he is very proud of his history and the band’s past, and has always had great respect and love for his work throughout his career. However, he really believes he must move on with his life and career today.

Making up this story is very disrespectful to how wonderful his solo career with the Sensational Space Shifters is going. He is setting out on a sold out tour today and they released a brilliant album last year.

Fellow band members Jimmy Page and John Paul Jones also have many exciting projects in the works and should be respected in their own right. I’m proud of how so many artists from my generation, whether it is Led Zeppelin, Mike Oldfield or Peter Gabriel, are still being so creative and inventive. They have all moved on into exciting new phases, while still celebrating their incredible pasts.

As Robert told me: “Look Richard, I just do things because I love them and I want to do more new things that I love.” I couldn’t agree more.