MoMA’s design collection for the upcoming exhibition Making Music Modern: Design for Ear and Eye has been an absolute delight for Pamela Popeson, Department Preparator, Department of Architecture and Design. With so many great designs to chose from, deciding which to feature here was tricky—they’re all important from a design perspective, and simply wonderful in so many other ways. 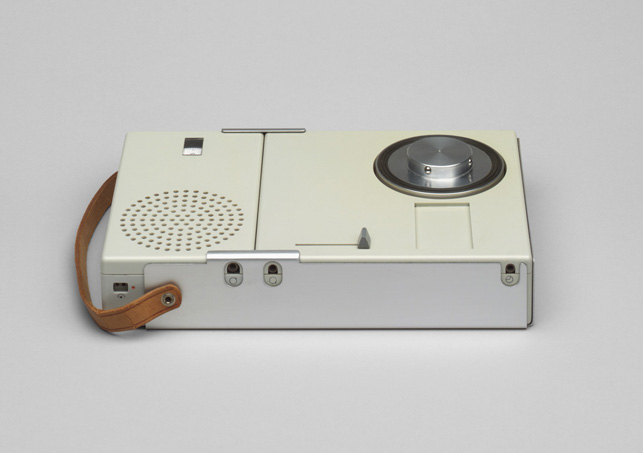 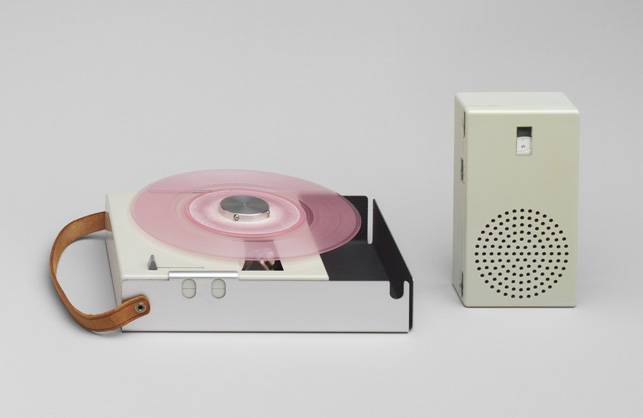 There are several record players by Dieter Rams in the collection including the TP1, a pocket radio/phonograph and speaker combination with its own sleek, sexy, silver-colored carrying case. The compact radio, record player, and speaker are separate components and it has an interior stylus meaning records—45s only—are played from below. It was an innovative marvel in 1959—innovation being the first of the German designer’s 10 principles of good design, and is widely considered a precursor to today’s family of Jonathan Ive–designed Apple music component systems. Other players and component systems by Rams in the collection and exhibition include the exquisite SK-61 from 1956, the 1962 Audio 1 Radio-Phonograph (model TC 40), and the 1963 PS 2 Stereo Turntable—a prime example of “less, but better,” the last, but certainly not least, of Rams’s 10 principles. 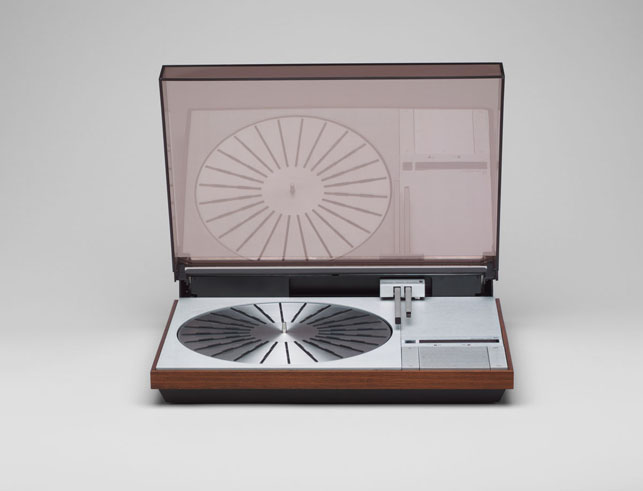 What I’m failing to mention here is that with these designs comes groundbreaking, technologically pioneering innovations such as the first electronically controlled tangential tracking (the Beogram 400), or the first linear-tracking with direct drive (the SL-10). I don’t mention them because for one thing I get caught up checking out the chassis, and secondly, most of these technical achievements go over my head—though it’s not all cut-and-dry, mind-numbing tech treatises, there are some very groovy (pun intended) approaches to experiencing the relationship between vinyl and turntable design: consider Jack White’s Lazaretto LP, for example. 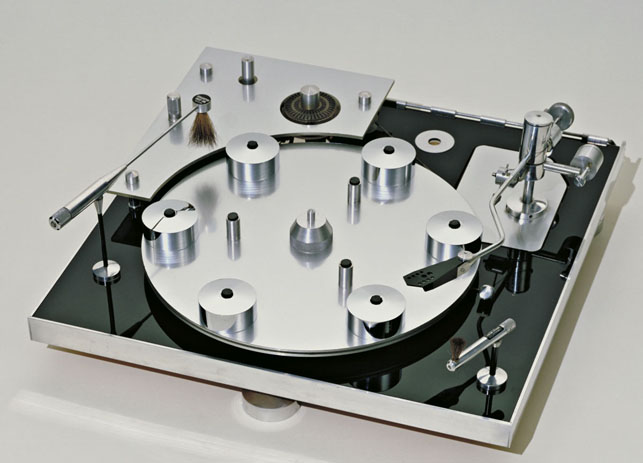 And it only takes one glimpse at British designer David Gammon’s Transcriptors hydraulic reference turntablefrom 1964 to see that a whole lot of dynamic design is going on here, and to understand why Stanley Kubrick would use it in his film A Clockwork Orange.

Oh, and then there’s the Technics machines! The renowned SL-1200, of which so much has been written, as well as the SL-10, which made playing records in any position possible. Also in the exhibition are two absolutely covetous designs from the Italian architect and designer Mario Bellini: the GA 45 (Pop Automatic Record Player), and the RR 130 (Totem Stereo System with Detachable Speakers). And lastly, I have to put in a quick pitch for Hartmut Esslinger‘s 1976 Wega 51K. This stellar turntable/tape deck/tuner/speaker hi-fi system had SONY, and later Apple, knocking on the doors at Frogdesign, the German-American designer’s firm. 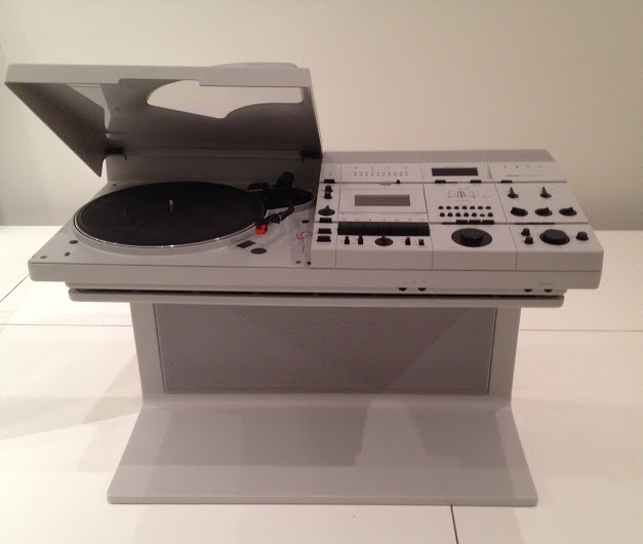 I could go on and on. There are many other players, as well as a number of amplifiers, tuners, and speaker components in the collection, but better to check out the exhibition yourself. But if you can’t get over to the galleries you can tune in, turn on, and join in the fun on social media—in celebration of the exhibition, MoMA invites you to share an image of “What’s on Your Turntable” (or your favorite album cover) using the hashtag#MakingMusicModern.

All this talk of record players has put me in mind of an old music listening pal, Marc Henry Mendelsohn, who always got right down to finding out where your head was at (as we were wont to say way back in the day) and his usual greeting of  “So, what’s on your turntable these days?”