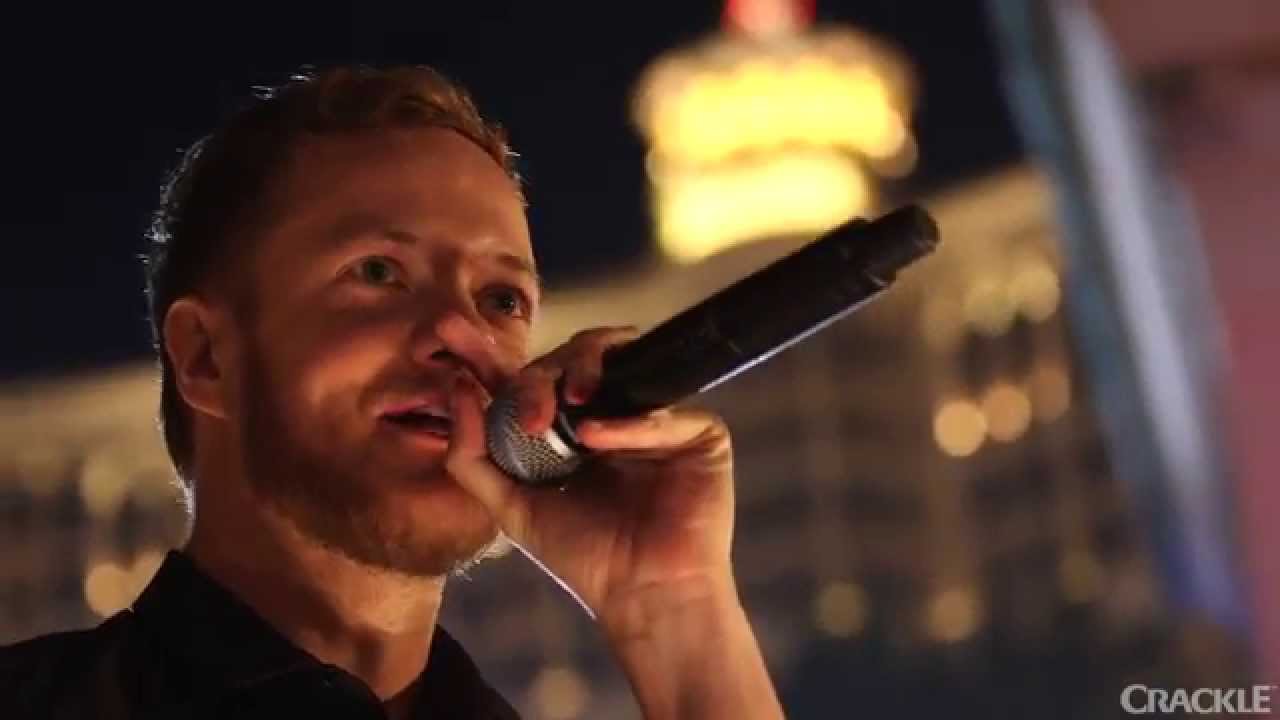 Crackle’s original music series, “Playing It Forward,” is a special documentary-style music series produced by Team Downey, an entertainment company founded by Robert Downey Jr. and Susan Downey, as well as veteran music producer/composer Tony Berg and Kevin Lake. The “Playing It Forward” music movement showcases surprise street performances by some of the world’s biggest artists in unplanned, unexpected environments across the country benefiting music education and charities of the artists’ choice.

Imagine Dragons, heading to an unannounced show on the Vegas strip, are trying to figure out the exact nature of their approaching gig. “I think we’re just busking,” guitarist Wayne Sermon says.

“Are we putting out a guitar case, actually, for money?” frontman Dan Reynolds asks.

“We’re not gonna busk,” responds Sermon, barely helping. “Well, we’re gonna busk – but not the money part of the busk.”