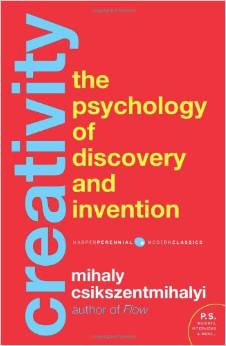 We’re only here for a short while. And I think it’s such a lucky accident, having been born, that we’re almost obliged to pay attention. In some ways, this is getting far afield. I mean, we are – as far as we know – the only part of the universe that’s self-conscious. We could even be the universe’s form of consciousness. We might have come along so that the universe could look at itself. I don’t know that, but we’re made of the same stuff that stars are made of, or that floats around in space. But we’re combined in such a way that we can describe what it’s like to be alive, to be witnesses. Most of our experience is that of being a witness. We see and hear and smell other things. I think being alive is responding.

Psychologist Mihaly Csikszentmihalyi in Creativity: The Psychology of Discovery and Invention