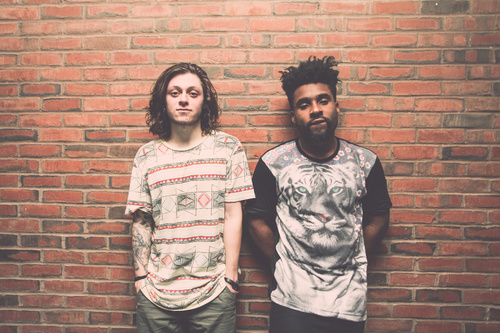 Philadelphia hip hop duo OCD: Moosh & Twist has just signed a universal deal with Entertainment One Music (eOne Music). The group is currently on tour, and will play three dates at this year’s SXSW festival in Austin, TX. Full dates below.

OCD: Moosh & Twist features DeQuincy “Moosh” Coleman McRae and Oliver “Twist” Feighan, both 22, who first bonded in first grade over the love of music and poetry. As independent hip-hop artists, OCD have amassed a devoted fan base which has resulted in over 100,000 mixtape downloads and over 12 million Youtube views. In 2014, OCD debuted their first EP, Living Out Loud, which debuted at #1 on the Billboard Heatseekers Chart and #5 on the iTunes Hip-Hop Chart. Moosh & Twist continue to perform for their thousands of fans as headliners, performing at festivals, and opening for acts such as The White Panda, Hoodie Allen, Wale, and others.