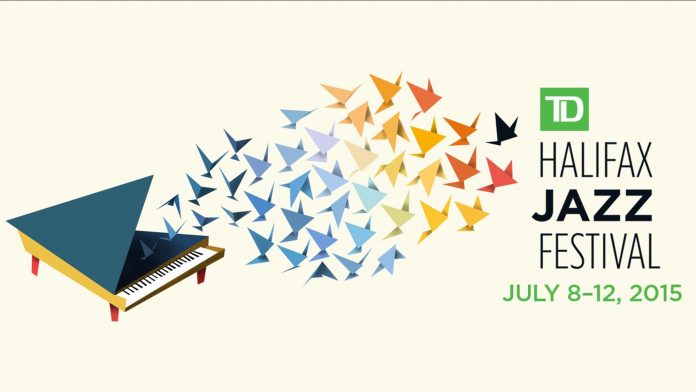 The city of Halifax is the stage for the 29th edition of the TD Halifax Jazz Festival this summer, July 8 through 12. This year’s festival is bigger and more exciting  than ever, with 14 stages throughout Halifax, from Dartmouth to Clayton Park, including the popular Main Stage on the Halifax Waterfront!
Jazz Festival Artistic Director Laura ‘Lulu’ Healy promises a thrilling lineup as the festival continues to present exciting and intriguing acts from the jazz world. Representing Canada are some of the country’s leading jazz musicians including Michael Kaeshammer, Ranee Lee, Kirk MacDonald,  Roddy Ellias, and Robi Botos. The Main Stage lineup also includes Sharon Jones & the Dap-Kings, tUnE-yArDs, and Juan de Marcos & The Afro Cuban All-Stars. In addition, Healy adds, “We are excited to announce The Budos Band and Vox Sambou have been added to the Main Stage lineup.”
Artists from across the globe will be on hand to liven up the festival and bring the sounds of jazz to the streets of Halifax — the Bus Stop Theatre will present an eclectic series of acts includingMdou Moctar (Niger), Tin Men & The Telephone (The Netherlands), Nils Berg Cinemascope(Sweden) and Another Time, Another Place: Jerry Granelli, Jane Ira Bloom & Julian Priester (Halifax/New York/Seattle/Berlin).
Everyone is invited to get in on the fun, with free concerts on the Main Stage every day throughout the festival including  local and touring musicians.  “If you work downtown, you’ll be able to stop by when you leave your office to take in summer and the music,” says Healy.  “We’ve also expanded our free programming to include a big band series at the Bandstand in the Halifax Public Gardens and a variety of music at the Hydrostone Park… This year we are showcasing the jazz elite from south of the border, including Joey DeFrancesco, Brian Blade, and Kenny Werner —  in indoor venues such as Alderney Landing Theatre and the Rebecca Cohn Auditorium.
Free concerts and artist talks are also in store, showcasing venues throughout the city including the Halifax Central Library, Keshen Goodman Public Library, Alderney Gate Public Library, and Alliance Française. Beloved Halifax landmark Theodore the Tugboat will showcase children’s programming, including “Splash! Bang! Boom!,” a workshop that takes place while the boat sails Halifax Harbour. Educational programming also includes the ten-day Creative Music Workshop led by Jerry Granelli featuring special guest faculty members Jane Ira Bloom and Julian Priester.
Also featured are Pram Trio, Anteater, Alana Yorke, The New Bridge, and Party Boots, competing for the Stingray Rising Star Award. Based both on the results of an online fan vote and the decisions of a jury, one act will receive $3000 to help jumpstart their career.
Capping off the festivities is a free swing concert at the Main Stage Sunday evening, July 12 with the Gordon Webster Sextet featuring Brianna Thomas and festival fan favourite Alex Pangman.
Support for the TD Halifax Jazz Festival is provided by numerous corporate and community partners including TD, Waterfront Development Corporation and Westin Halifax. All ticketswill be on sale by the festival’s official provider etixnow.com through halifaxjazzfestival.ca starting Tuesday, April 21.
In addition to participating in all the great music and events,people can take an active role in the excitement by volunteering their time. Volunteer applications open May 5th. For more information about the TD Halifax Jazz Festival visit www.halifaxjazzfestival.ca.
Since 1987 the Halifax Jazz Festival, presented by the non-profit organization JazzEast, has organized a diverse range of musical and educational activities including the 2015 TD Halifax Jazz Festival. Follow ‘Halifax Jazz Festival’ on Facebook and Twitter @HFXJazzFest