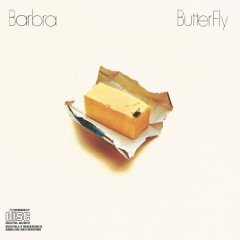 ButterFly is a studio album by Barbra Streisand, recorded and released in 1974. The credited producer is Streisand’s then-boyfriend Jon Peters, with arrangements by Tom Scott. The album contains contemporary material from a diverse selection of writers, as well as interpretations of standards. In a 1992 interview with Larry King, Streisand cited Butterfly as the least favorite of her albums.

On ButterFly Streisand covered the likes of Bob Marley (Guava Jelly) and Buck Owens (Crying Time). But it’s Streisand’s treatment of Bowie’s Life on Mars that is the standout here.