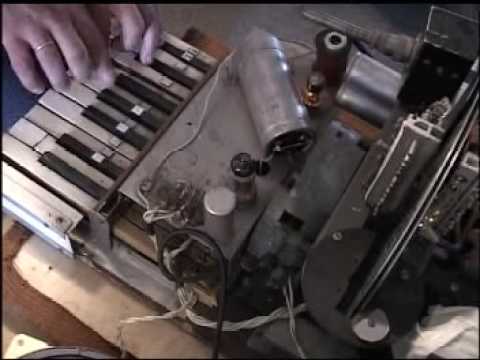 Check out this cool video demonstration of the third version of Rhythmicom built by Leon Theremin at Moscow State Conservatory in early 1960s. Theremin was a Russian and Soviet inventor, most famous for his invention of the theremin, one of the first electronic musical instruments and the first to be mass produced. The first Rhythmicon was developed by Theremin for Henry Cowell in 1932, making it the first rhythm machine ever built. You know who likely wants this really badly? Martin Gore of Depeche Mode, since he likes buying this stuff on eBay.