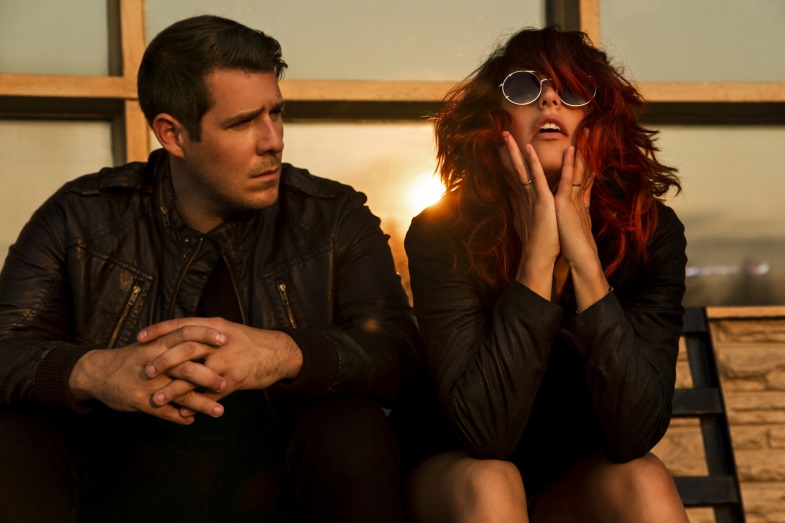 Vancouver-based “alt-rock, electro-dance and all-around rad music duo” Dear Rouge are the winners of the 10th annual SOCAN Songwriting Prize for their song “I Heard I Had.” Band members Andrew McTaggart and Danielle McTaggart will receive a $10,000 cash prize, along with a Martin D-16GT acoustic guitar, a Yamaha PSR-S950 keyboard, a $500 Gift Card from Long & McQuade, 20 hours of studio time with Timothy Abraham, and six hours of vocal coaching with Amanda Mabro.

“Being honoured and recognized for songwriter craftsmanship is probably the greatest respect and appreciation a musician can receive,” said Danielle McTaggart. “We’re awestruck by every one of the nine other nominated songs, each of which could have been a worthy winner. Thanks to our fans for voting and to SOCAN for organizing this great contest, and for sticking up for the rights of songwriters like us.”

The SOCAN Songwriting Prize is an annual competition that identifies 10 outstanding songs written by Canadian emerging songwriters over the past year, as selected by a panel of esteemed music industry experts, and invites the public to vote for the winner. Other than nominees having to be members of SOCAN, the Canadian music rights organization has no role in determining nominees or winners.

For two weeks – June 14 to July 1, 2015 – Canadian music fans voted for their favourite song by one of the 10 nominees by visiting socansongwritingprize.ca or through Twitter using the hashtag #mySSPvote and including the artist’s name in the tweet.

More than 21,000 votes were cast for the respective English and French prize nominees over the two-week voting period, far exceeding any 14-day period in any of the previous nine years.

To mark the tenth anniversary of the award, the number of finalists for each of the English and French prizes was expanded permanently from five to 10, and the cash prize doubled to $10,000, making it the largest cash prize for songwriting in the Canadian music industry.

“Congratulations to Dear Rouge for winning this year’s SOCAN Songwriting Prize, and to all the nominees,” said Michael McCarty, Chief Membership & Business Development Officer at SOCAN. “Even though there can only be one winner, all the songs were fantastic, which I’m sure attracted new fans for the nominees. This prize is about identifying and celebrating great songwriting by some of Canada’s next and best music creators, and Dear Rouge’s ‘I Heard I Had’ is a great song. We wish Andrew and Danielle McTaggart continued success and hope that winning this prize is the beginning of many more accolades to come.”

The winner of the French SOCAN Songwriting Prize, the Prix de la chanson SOCAN, was Antoine Corriveau for his song “Le nouveau vocabulaire”.