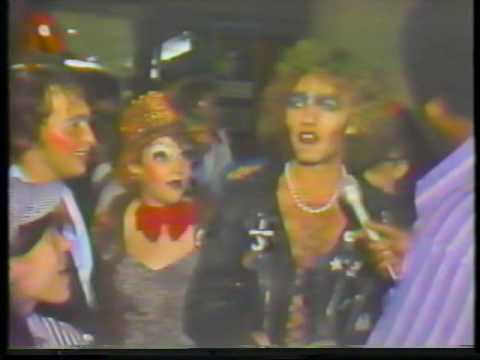 Among one of the coolest pre-rock star videos I’ve ever seen is this one – it’s from a St. Louis news broadcast from the late 1970s about the fans of The Rocky Horror Picture Show at the city’s Varsity Theater.

At around the 1:25 mark, you’ll see future R.E.M. frontman Michael Stipe, in his best Frank-N-Furter drag, giving his enthusiastic impressions of the film.