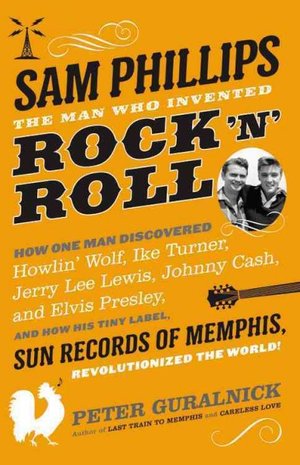 Sam Phillips, founder of the label Sun Records, didn’t care much about making flawless recordings. Instead, the man who discovered Elvis Presley, Jerry Lee Lewis, Johnny Cash, Howlin’ Wolf, Charlie Rich, Roy Orbison and a host of others rejected perfection in favor of spontaneity and individuality.

“Sam would say, ‘I hate that word, perfection. It should be banned from the English language,'” music writer Peter Guralnick tells Fresh Air’s Terry Gross. “He didn’t care about the mistakes; he cared about the feel.”

In his new book, Sam Phillips: The Man Who Invented Rock ‘n’ Roll, Guralnick chronicles Phillips’ work at Sun and his lasting impact on the music industry.

“I think he’s as original and as strikingly individuated and as determinedly motivated an artist really as anybody I’ve ever written about,” Guralnick adds.