This is part 43 of an ongoing series where the kind folk of the music business reveal their favourite album of all time. 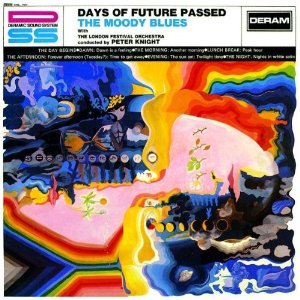 Mike Parker, Managing Editor, BuddyHollywood.com
The Moody Blues, Days of Future Past
The simple reason is that it includes the song “Nights in White Satin” that was instrumental in making my girlfriend at the time (who has now been my wife for more than 40 years) fall in love with me. But the deeper reason is just stellar musicianship, incredible song crafting, story…It takes you on a journey. 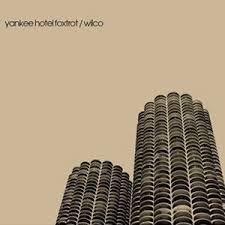 Andrew Chow, Culture Department, The New York Times
Wilco, Yankee Hotel Foxtrot
There are few albums that capture post-9/11 millennial angst better than “Yankee Hotel Foxtrot.” It’s an album that deals with burnt American flags, wars on top of wars, and the more mundane crises of unrequited love, isolation in a digital age, and addiction. It’s not relentless gloomy, though: euphoria and hope peek through, from the blaring horns on “I’m the Man Who Loves You” to the blissful nostalgia of “Heavy Metal Drummer.” Each song holds up as an individual hummable melody, but coalesces into the larger whole, making it one of the handful of true concept LPs in recent memory. It’s a time capsule of brilliant songwriters and producers at work, who are grasping at the meaning of humanity–but mostly just trying to make it through the next day. 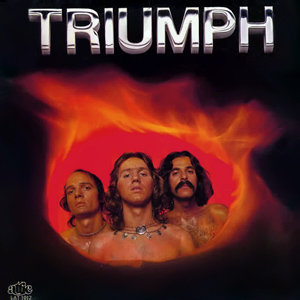 Colin Lovequist, Music Director/Drive Announcer, 620 CKRM
Triumph, Triumph
I love my country music but the 10 year old rocker in me said go and buy the debut LP of the Canadian rock band Triumph back in 1976. I had actually first heard a carnie from the Conklin Midway blasting the single “What’s Another Day Of Rock N Roll” as he operated the “Super Himalaya” ride (basically the Polar Express they have now), and in between screams of “Do you want to go faster”?, the Carnie would crank up the hard driving, anthem licks of the song. Being very impressionable, I went down to our local hardware/record store in my town of Broadview and laid out a big $5 bucks and ran that needle through every song over and over until the hiss of burnt out grooves overtook my desire to play it anymore. A must have for any music collection. For that reason I would have to say it’s still my favorite record in my collection. I still have the original record, the 8-track, cassette, and cd of that momentous purchase and every other Triumph album to date. Rik Emmet in my opinion is one of the all time great Canadian guitar players. Great memories.

Jay Cresswell, ‎Assistant Program Director at KLUV & KVIL Radio
The Beatles, Abbey Road
I’m a huge Beatles fan, and it’s my favorite albums of theirs, mostly because of the production on side two. And they finished with a fitting message (not counting “Her Majesty”) – “…the love you take is equal to the love you make.” 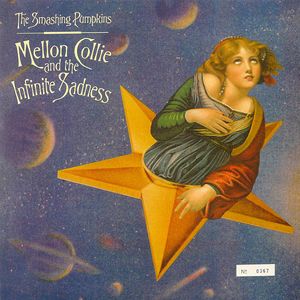 Mike Mineo, Founder/Editor, Obscure Sound
The Smashing Pumpkins, Mellon Collie and the Infinite Sadness
Mellon Collie was the first album I ever bought myself at a record store, so it will always have that nostalgic merit. Beyond that, so many things about the album struck me then and still does today. I bought the album, not even a teenager, after being floored by the beauty of “Tonight, Tonight” on the radio – not knowing the stylistic variety I would be treated to after that. The sweeping orchestral bliss of “Tonight, Tonight” invited a casual listener like myself in, easing into the sheer intensity of what was to come: ingeniously intense rockers like “X.Y.U.” and “Where Boys Fear to Tread”. Then there are the stunning ballads, particularly in the second half of the second disc, like “Beautiful” that hit the perfect sweet spot. Menacing rockers, supremely melodic alternative with radio-friendly appeal (“Tonight, Tonight”, “1979”), twangy ballads of yearning… Mellon Collie taught me what a masterpiece sounds like, and how various styles and approaches can still result in cohesive bliss.