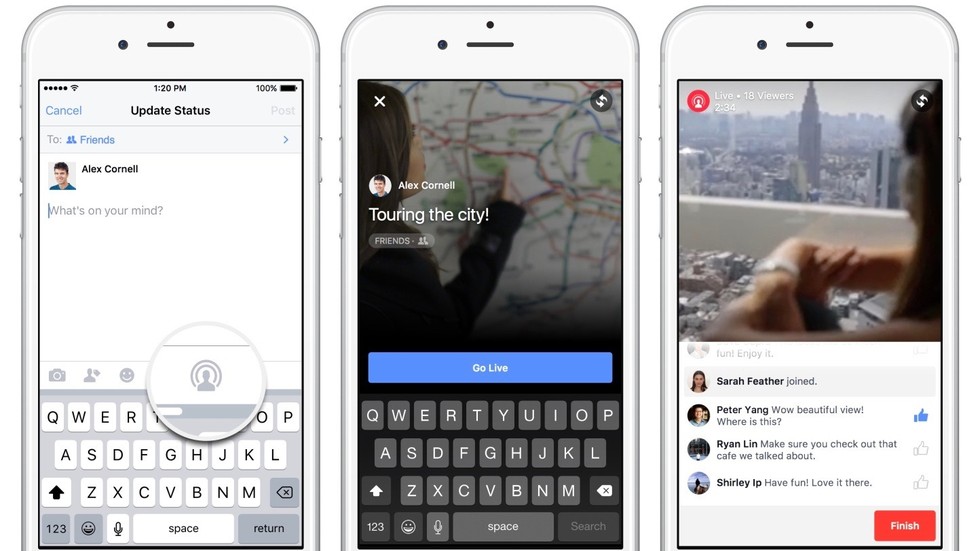 Facebook shared today that it is turning on live video broadcasting from its app for all iPhone users in the United States. This feature was previously limited to public figures and verified accounts then expanded to a limited number of test iPhone users last month. Facebook’s effort in this space is similar to Meerkat and Twitter’s Periscope service, which popularized live video streaming from mobile devices last year.

While live video broadcasting is limited to members in the United States for now, Facebook says it hopes to expand the feature in other countries “over the coming weeks.”