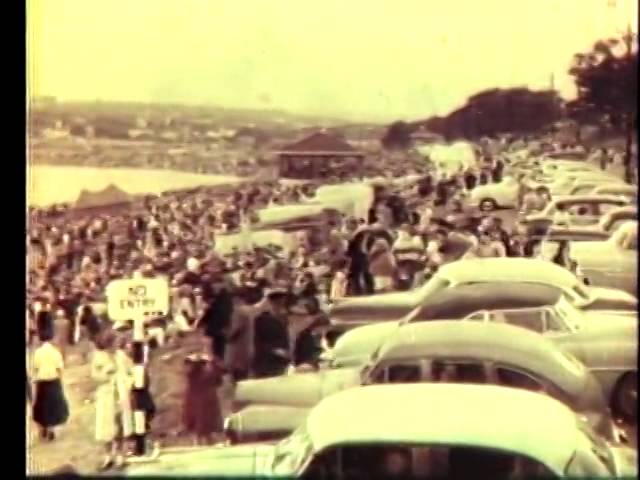 “In March 1952 [John Williams] was reassigned to the 596th AF Band, Pepperrell Air Force Base, St. John’s, Newfoundland. During his stay at Pepperrell he was able to put his training to use with special arrangements penned for the 596th Dance band and Newfoundland folk songs re-arranged for the concert band sparking the many appearances of the Pepperrell Band. His greatest accomplishment during this period was the composing, arranging, directing and playing of a 22 minute film background score for a Newfoundland travelogue entitled “You Are Welcome.” The success of this accomplishment was reflected in the film being selected as “one of the outstanding travelogues for 1954” during a premier showing in New York City. The score was unique in that it utilized themes from Newfoundland folk songs for local color. In addition, the fact that the recording ensemble, composed of members of the 596th AF Band, was limited to 12 pieces and lacked the ever present “lush” string section necessitated Johnny to call upon his former training to gain proper utilization of the limited instrumentation and intricate scoring to give the over-all effect of a large orchestra.”
– Paul Galloway, The Beacon, Aug.27, 1954