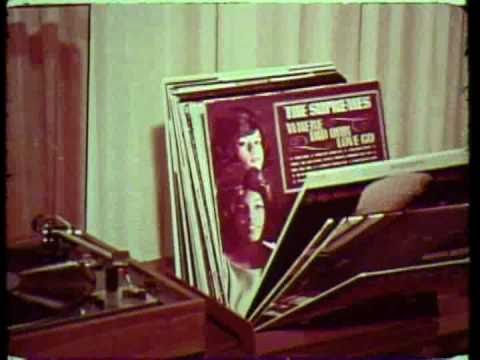 The man who brought you the Miracle Brush, the Veg-o-matic and millions of albums containing 25 Country Hits or Hooked on Classics died Wednesday.

Born on a Jewish colony farm near Oungre, Sask., Feb. 12, 1929, Kives came to Winnipeg in 1962 to create the company that bore the first letter of his last name, K-Tel.

Kives produced a live, five-minute TV commercial — the first infomercial, he claimed — to sell a Teflon non-stick frying pan, and sales took off afterwards. From then on he always wrote and directed all the TV commercials.

Kives said his greatest success was selling 28 million Miracle Brushes in the late 1960s, while Hooked on Classics, with more than 10 million copies sold, was his top-selling album.

In Kives’s own words on the K-Tel International website, he started his “first entrepreneurial venture at the age of eight.

“I set up my own trapline. Not only did I sell my own furs, but I bought furs from all the other kids in school and resold them at fur auctions. I made just enough money to buy my few clothes for the year.”

“I saw an ad in the paper about selling cookware door to door. You learn quickly how to sell. You always ask a positive question so customers can only answer one way. Yes. You say, “You would like your wife to have this, wouldn’t you?” And he’ll say yes.

“I used to buy products from Seymour Popeil. That’s Ron Popeil’s father, of Ronco. Ron is a good salesman, but his dad made everything. He said to me, ‘Philip, you’re getting too big. I’m not selling you anything anymore.’ So I went off on my own.

“In the winter of 1966, we released the first record, 25 Country Hits. I didn’t look upon it as a long-term deal. I looked upon it as a one-time product. But after 25 Polka Greats, which sold around a million-and-a-half copies in the United States alone, I thought maybe we were on to something. Record companies in those days didn’t know what compilation albums were. They had vast catalogues of music they didn’t know what to do with.

“We grew into a big company, and it was very difficult for me to control it. We went bankrupt. We went into oil and gas and real estate. Then the bottom fell out of real estate in the United States.”