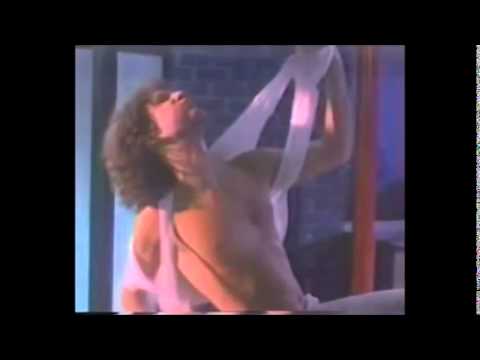 Billy Squier’s Rock Me Tonite is so 80s, it’s brilliant. The song is Squier’s highest charting U.S. single, peaking at number 15 on the Billboard Hot 100 and hitting the Top 10 on the Cash Box singles chart. It also returned him to #1 on the Top Rock Tracks chart in August 1984. Despite its major success, the single is sometimes associated with the end of Squier’s career as a singles artist due to the music video, which was maligned by fans and critics alike. Squier’s concert ticket sales immediately suffered, and he later fired his managers. He has accused Ortega of deceiving him and altering his original concept, which Ortega denies.

Not sure how much can be blamed over a music video, but there you go. I hope he received massive checks due to the hundreds of artists who sampled his The Big Beat single.

It’s even better when you remove the music (although the song is pretty good, too).