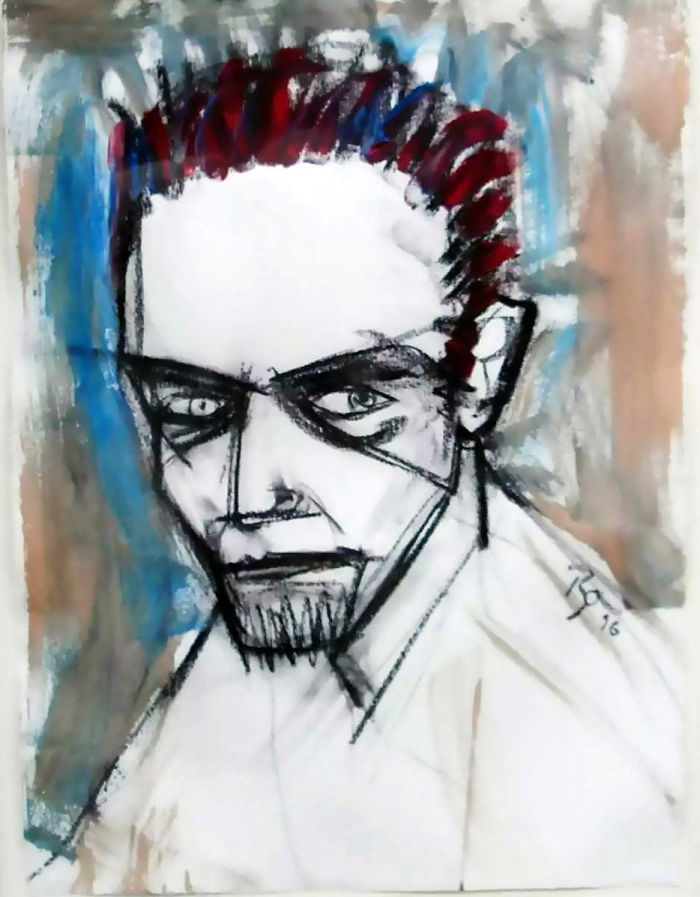 The death of David Bowie is still being felt today. Jared Leto has revealed Bowie was part of the inspiration behind his version of The Joker in the new Suicide Squad film. The actor cited the late musician as an inspiration for “almost anything you could do creatively.”

Bowie’s own art collection, which included works by Damien Hurst, Henry Moore and Jean-Michel Basquiat among others, was valued at over $20 million in mid-2016, and it’s this collection that will be be sold off at auction in late 2016. And while Bowie once called himself an art addict, one who obsessed over collecting it, he did both, even painting his own masterpieces. Take a look. Bowie continuously painted these DHeads during his career, but it only went public around 1994. South Africa series An exploration of Bowie’s thoughts on the “white ancestor” story, gleaned from his trip to South Africa. The artist wrote: “In 1995 Iman and I took our first trip to South Africa. One of the prevailing stories handed down is that when the first tribes saw the white man they presumed they were being visited by their ancestors, as in their mythology the ancestors appear as a ghost-like white form.” The Man Behind It All