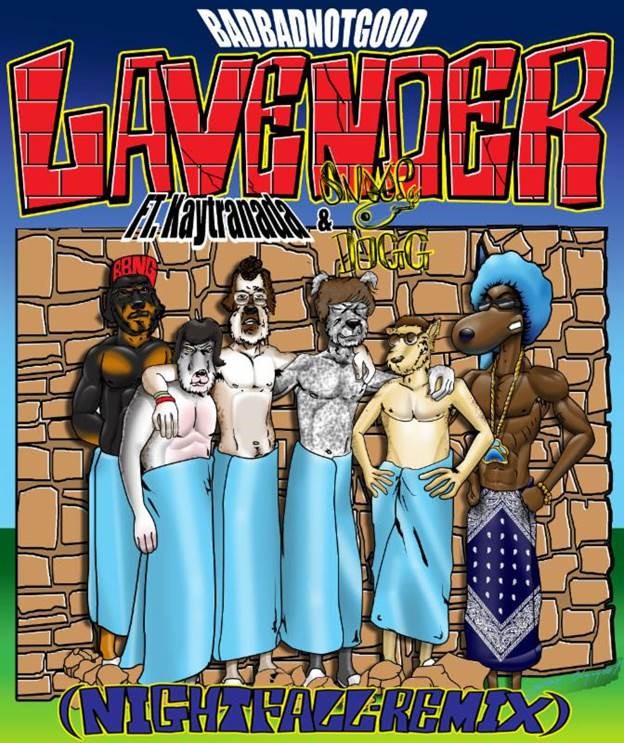 Snoop Dogg remixed BADBADNOTGOOD’s “Lavender” (Ft. Kaytranada) and all is great with the world this week. The original track is from BBNG’s recent album, IV, and now has a new verse added by Snoop. The collaboration came about naturally after Snoop first heard the instrumental “Lavender” when an engineer was playing it before a studio session. Enamored with the track, Snoop quickly cut a verse to it and the rest is history. “I love what they do, shit feels so real. And when I heard the instrumental on their album I had to do it,” explains Snoop. Artwork for the single was created by Joe Cool, the original artist behind the iconic Doggystyle artwork.

Like musical theatre and scripted television, jazz and hip-hop are uniquely, undeniably North American art forms. Though the latter genre was born out of funk and disco in the late 1970s, many of its landmark artists embody the ethos of jazz: loose, visceral, instinctive. Some hip-hop acts – A Tribe Called Quest, or more recently Kendrick Lamar – have successfully repurposed jazz, but the older genre has seldom made successful inroads into new generations of rap fans. And that’s what makes BADBADNOTGOOD, the four-piece, Toronto-bred jazz outfit that has melded jazz and instrumental hip-hop into something elusive, something altogether their own, so unique.

On their latest full-length effort, IV, BBNG decide to expand their universe, which was already one of the most compelling, labyrinthine worlds in pop music today. Saxophonist Leland Whitty, a long-time collaborator, joins Chester Hansen, Matthew Tavares, and Alexander Sowinski on a full-time basis; for the first time, guest vocalists are welcomed into the fold. Some artists find collaboration stressful and cluttering, but BBNG simply seems freer to chase down creative rabbit holes than ever before.

The effect is apparent immediately. See “Lavender”, a collaboration with the Montreal-based producer Kaytranada, which pairs delicate, skittering production with a punishing low end. Or take the virtuosic closer, which underscores superb performances by Whitty and Tavares with a grand swell of strings. On “Hyssop of Love”, upstart Chicago rapper Mick Jenkins moves languidly, stretching out taunts (“I heard your plug was drrrrry”) before he snaps upright (“Never needed no dollars to prove worth”). The result is not just BBNG’s most expansive, most dynamic effort to date, but their best. Lest anyone think the group is only concerned with blurring genre lines, the title track alone is enough to ensure the most discerning jazz purists will have to respect BBNG’s technical chops.

IV is a master class in mood. The opening three-song suite – “And That, Too.”, “Speaking Gently”, and the Samuel T. Herring-assisted “Time Moves Slow” – is a slow, slinking creep, like moving uneasily through an abandoned house. And while BBNG explores different tones on subsequent tracks, that feeling–the search, the push for the unknown–is the prevailing theme. “Chompy’s Paradise” is peaceful and serene, but ends on an uncertain note, unresolved. Like most great artists before them, the quartet understands that it’s more important to raise questions than to answer them. 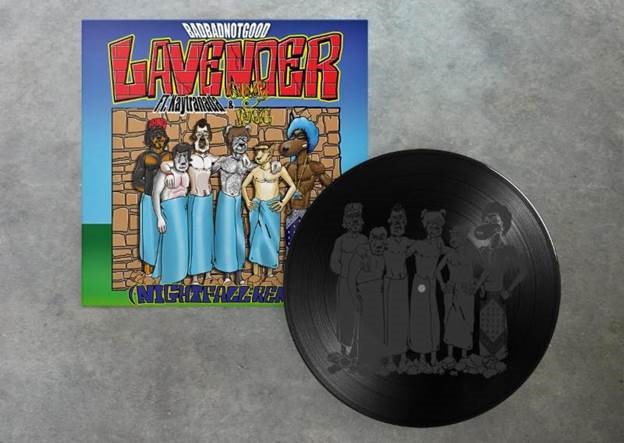