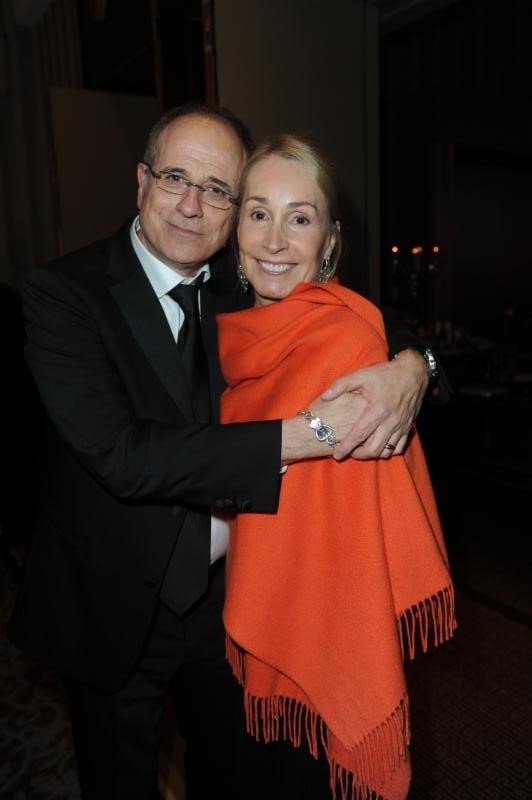 Canada’s leading music education charity, MusiCounts announced that Bob Ezrin and Jan Ezrin will be the inaugural recipients of the MusiCounts Inspired Minds Ambassador Award, presented by The Canadian Scholarship Trust Foundation. The award recognizes individuals who have had an extraordinary impact on education and MusiCounts over the course of its 20-year history.

“We are thrilled to present Bob and Jan Ezrin with the inaugural MusiCounts Inspired Minds Ambassador Awards, through the generous support of the Canadian Scholarship Trust Foundation,” said Kristy Fletcher, Director, MusiCounts. “Over the past fifteen years they have volunteered their time, lent their expertise, championed our programs and have been instrumental in increasing awareness of the work we do.”

“The Canadian Scholarship Trust Foundation has been dedicated to bringing higher education within reach for Canadian families for over 50 years,” said Sherry MacDonald, President and CEO, Canadian Scholarship Trust Foundation. “We believe that a music education can enrich the human experience and that our true heroes lie in those who inspire young Canadians to reach their dreams. We are excited to be presenting this Award to two such heroes alongside MusiCounts at the JUNOs this year.”

Legendary music and entertainment producer, Bob Ezrin first became associated with MusiCounts in 2004 after his induction into the Canadian Music Hall of Fame. In 2005, he proposed that music education should not only be supported but also celebrated, leading to the creation of the MusiCounts Teacher of the Year Award. Through award sponsorship by internationally-renowned artists such as The Rolling Stones, Rush and Michael Bublé, the award program has since elevated MusiCounts’ status in the industry, while bringing attention to the heroes of education. As President of the Ezrin Company, Jan Ezrin manages the company’s production efforts in Canada in music and television. A true partnership, working hand in hand in business, in philanthropy, and in life, the Ezrins are also founding donors of the MusiCounts Leadership Circle.

In recognition of the Award Recipients, three Band Aid Grants will be awarded to Canadian schools. Bob and Jan Ezrin will each receive a solid crystal statuette based on the JUNO Award design created by Canadian glass artist, the late Shirley Elford. The Ezrins will be presented with their awards at the 2017 JUNO Awards Chairman’s Reception on March 31 in Ottawa during the JUNO weekend.

“We are truly honoured to receive this award, but we do so on behalf of all the MusiCounts ambassadors who have worked so hard to grow this amazing initiative over its 20-year history,” said Jan Ezrin. “All of us share the belief that music should be a fundamental part of every child’s education, which is why it is so important to support MusiCounts in its efforts to make music accessible to all children through their schools and community centres, no matter what their circumstances are. And so all of us share in this award.”

2017 will mark the 20th Anniversary of MusiCounts, which provides musical instruments to schools and communities in need. Since 1997, MusiCounts has grown significantly and by the end of 2017 will have awarded over $10,000,000 through its programs. These funds will have benefitted over 950 schools and community organizations, supported over 350 post-secondary music program graduates and honoured 12 extraordinary music teachers.

In 1960, the Canadian Scholarship Trust Foundation (CSTF) was established as a non-profit, grassroots organization with one role, the advancement of education in Canada including carrying on charitable projects in the educational field and helping families save for their child’s post-secondary education. For over 56 years we have focused on this mission and have been key enablers through our advocacy work of programs such as the Registered Education Savings Plan program, the Canada Learning Bond, the Canada Education Savings Grant, as well as the Saskatchewan Grant for Education Savings and the BC Training and Education Savings Grant among others. Most recently, we developed a new community program called CST Inspired Minds™ Learning Project. Since 2014, CST Inspired Minds™ has provided $700,000 to support innovative learning programs in Canada.

MusiCounts, Canada’s music education charity associated with CARAS and the JUNO Awards is keeping music alive in schools and communities across Canada by putting musical instruments into the hands of children that need them most. MusiCounts’ mission is to ensure that children in Canada have access to music programs through their schools and communities. MusiCounts achieves its mission through its Band Aid Program, the MusiCounts TD Community Music Program, the MusiCounts Teacher of the Year Award, Scholarships and other music education initiatives. MusiCounts is funded by many of Canada’s most dedicated corporate citizens including and especially TD Bank Group, Bell Media, SiriusXM Canada, the Slaight Family Foundation, Music Canada, Vista Radio, and The Hot Topic Foundation. MusiCounts has been supported since inception by Sony Music Entertainment Canada Inc., Universal Music Canada, Warner Music Canada Ltd., JUNO Songwriters’ Circle and JUNO Cup. Since MusiCounts’ establishment in 1997, over $9,000,000 has been awarded in support of music education in Canada. These funds have benefitted over 850 school and communities from coast to coast, supported over 350 post-secondary music program graduates and honoured 12 extraordinary music teachers through the MusiCounts Teacher of the Year Award.

Zac Brown, KT Tunstall and Jason Mraz Form Supergroup For ‘I Know What Love Is’