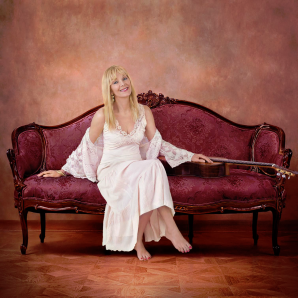 After touring the world for over three decades, on August 19th 2017 Liona Boyd, Canada’s celebrated “First Lady of the Guitar”, is releasing on Universal Music a much-anticipated new album, and new autobiography published through Dundurn Press, both titled No Remedy For Love.

Liona Boyd, known around the world as “The First Lady of the Guitar” has released twenty-eight albums, spanning a wide range of styles, many of which have gone gold and platinum. She has been awarded the Order of Canada, Five Juno awards, and was inducted into the Guitar Player “Gallery of Greats”. Liona has been a special guest on numerous television shows including The Tonight Show, Today Show, Entertainment Tonight and many others, her YouTube views total over five million. Liona has recorded with such musicians as Eric Clapton, David Gilmour, Sir Andrew Davis, Chet Atkins, Al Di Meola, Yo-Yo Ma and Olivia Newton-John. In 2009 she added vocals to her guitar playing, became a songwriter, and now tours with her duo partner Andrew Dolson, a talented young guitarist and singer from Waterloo, Ontario.

Liona Boyd’s memoir is a fascinating, personal story of adventure, romance, and her recovery from musician’s focal dystonia. After her 2004 divorce and departure from Beverly Hills, the renowned classical guitarist relocated to Miami, reinvented her career, became a singer-songwriter and embarked upon a new chapter in her life and career, moving seven times on her own. She has been the pen pal of Prince Philip for over thirty years and describes performing for him over the decades, most recently in Windsor Castle this March. Also being released at the same time is her best selling 1998 autobiography, In My Own Key, My Life in Love and Music which describes her unique career, her rise to the top of the classical world and her eight year romance with the former Prime Minister of Canada, Pierre Trudeau.

The title, No Remedy for Love is a partial quote from Henry David Thoreau, “There is no remedy for love but to love more”. It is also the title of one of Liona’s songs that Leonard Cohen had expressed admiration for and that she had dedicated to him before his death. The central theme of the album is love in it’s many incarnations. The collection of songs talks about her love for the planet (Prayer For Planet Earth), her love for animals and the people who advocate for them (People who Care for the Animals), romantic love (Who Knows with special guest JUNO Award winner Jack Grunsky and Nothing’s As Cruel As Time, an ode to a young lover), memories of teenage love (in the ABBA-inspired Near To You) as well as love for the place she now calls home (The Toronto Song, Song for Ontario). Lightfoot, is a special musical tribute to Gordon Lightfoot, the man who helped launch Liona’s career when she was his opening act in the 70’s. Gordon was deeply touched by this song that features a legendary guest, his friend Ronnie Hawkins.

The complex production of No Remedy for Love was inspired by the melodic folk, pop and classical music Liona grew up with and embraces a wide range of influences across its seventeen tracks. Liona said “This album which began three years ago has been a labour of love for both myself and my brilliant producer Peter Bond. We feel proud of every song, and I am delighted that through my book people will now be able to read all the behind the scenes stories, struggles and triumphs behind this special album.”