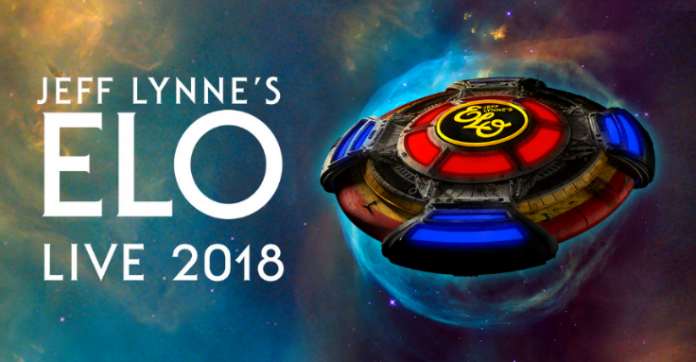 On the heels of a once-in-a-lifetime Wembley Stadium show and a European tour in 2017, Jeff Lynne’s ELO announces its first North American tour in 30 plus years produced by Live Nation. Jeff Lynne’s last extensive U.S. tour with ELO was in 1981. Known as one of the most iconic forces in music history, Jeff Lynne’s ELO has spent the last two years with a critically acclaimed and chart-topping album, a sold out run of UK and European shows, as well as an induction into the Rock and Roll Hall of Fame.

Of the tour, Jeff Lynne says, “Our Audiences are amazing. It’s like they’re in the group. We can’t wait to play for them again.” The tour will hit 10 cities, starting in Oakland, CA at Oracle Arena before wrapping in Philadelphia, PA at Wells Fargo Center. See below for full tour routing.

All preorders of ‘Wembley Or Bust’ made at Jeff Lynne’s ELO Official US Store prior to 4:00pm EST on November 14, 2017 are eligible to receive a ticket presale code for 2018 US tour dates. Codes can be used during the presale window for access to tickets before the general public on-sale. 1 code is granted per customer and allows access to purchase up to four tickets. Tickets will be available while supplies last and presale codes do not guarantee inventory.

More popular than ever, Jeff Lynne’s ELO have always been known for their epic live shows and with a distinct style that seamlessly and innovatively blends rock, pop and classical, ELO has had more than 20 Top 40 Hits across the U.S. and the U.K., making Lynne’s sweeping productions some of the most recognizable music of the last forty years and helping sell over 50 million records worldwide.

Widely agreed upon as one of the greatest record producers in music history, Lynne was a co-founder and member of The Travelling Wilburys together with Bob Dylan, Roy Orbison, George Harrison and Tom Petty as well as a producer and collaborator with some of the biggest names in music including The Beatles, Paul McCartney, Ringo Starr, Joe Walsh, and most recently, Bryan Adams.