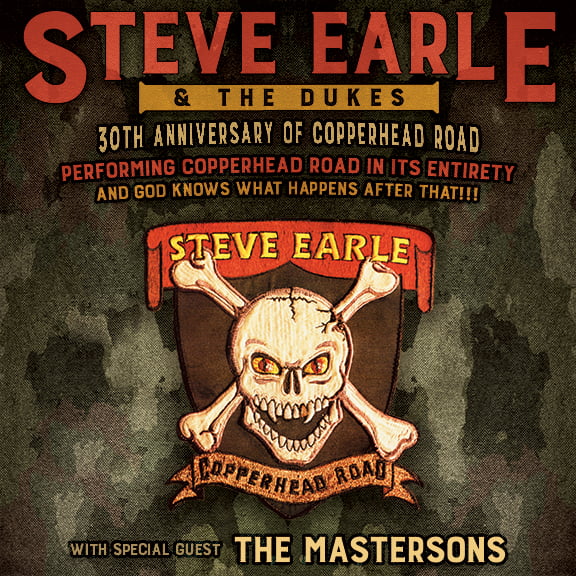 Three time Grammy Award recipient and 11 time Grammy nominee, Steve Earle is a cornerstone artist of Americana music. One of the most acclaimed singer-songwriters of his generation, Steve Earle has released over twenty albums. This year, in honour of the 30th anniversary of his landmark album “Copperhead Road”: Steve Earle & The Dukes have set out on a Canadian tour, for what promises to be an unforgettable re-visiting & celebration of one of Earle’s finest works. See the rest of his dates around the world here.