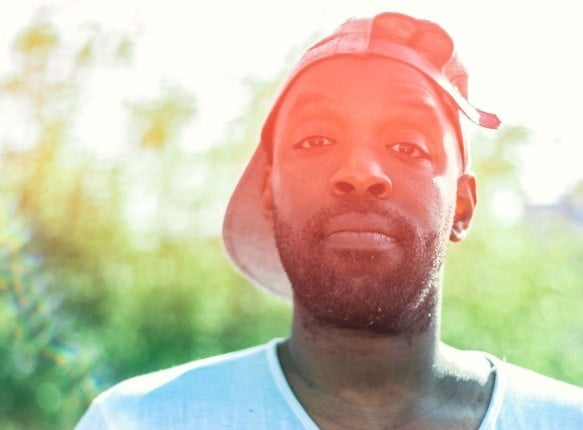 For his new album, polymath emcee Shad has vibrantly imagined and created an entirely new world. A Short Story About A War releases October 26 on Secret City Records. This concept album holds a mirror to our world – a provocative story told through disarmingly catchy songs that weaves through issues of migration, environment, politics and above all, the human spirit.

The album was created in collaboration with dozens of musicians and engineers: From luminaries like Kaytranada, 2oolman of A Tribe Called Red, and Lido Pimienta, to crafty indie rockers Yukon Blonde, and Toronto rap veterans Ian Kamau, Eternia, and DJ T Lo. Their contributions bring multiple textures and colours to Shad’s singular vision. A North American tour begins this fall (listed in full below), all tickets are on sale now.

Shad is the host of the Emmy and Peabody award-winning Netflix Original Hip-Hop Evolution docu-series and is a former host of CBC Radio’s flagship arts & culture program ‘q’. In 2011, his album TSOL won Rap Recording of the Year at the JUNO Awards. Three of his full-length albums (The Old Prince, TSOL and Flying Colours) were shortlisted for Canada’s Polaris Music Prize.

The first single “The Fool Pt.1 (Get it Got it Good)” is a master class in juxtaposition; a bouncy beat mixed with frenzy. Shad’s delivery is breathless – an effusive outpouring that borders on screams, cries and joy. The video for the track, unveiled today, was directed by Justin Broadbent and is an ode to Shad’s truthfulness.

We are flooded with the energy of an exuberant, excited Shad, describes Broadbent. The video is a lo-fi, 1-take shot of Shad performing on a bright and sunny stage of wooden pallets and blooming white flowers in a decrepit parking lot. And it’s The Fool’s ideal music video : it is purposefully shot handheld on a phone (literally reflected in the car window) to convey the character’s playfulness, and also to reign in on Shad’s number one attribute, his authenticity. The style cannot be passed off as cocky or bougie – it’s just Shad, “no add-ons or code names.”

The album follows suit – it is a mix of menacing and uplifting, a convergence of complex ideas that take on the entire world, driven by beats that cover a wide swath of the sounds of hip-hop, from trap to funk and jazz-flecked. From the first words, Shad’s lyrics dissect the systems of prejudice and hate, institutions of war and violence and money, God, hope, and how to “elevate and escalate.” Each consecutive song furthers the narrative, culminating with “All I Need” and Shad’s concluding statement: “The truth is bulletproof.”