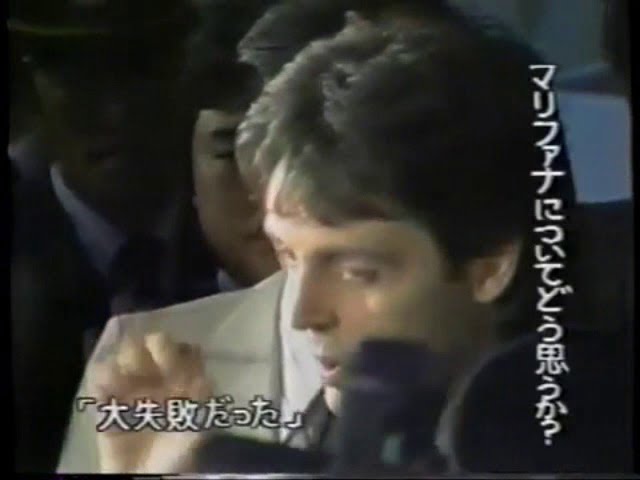 In January 1980, when Wings flew to Tokyo for a tour of Japan, customs officials found approximately 8 ounces (200 g) of cannabis in his luggage. They arrested McCartney and brought him to a local jail while the Japanese government decided what to do. After ten days, they released and deported him without charge.

In 1997, he spoke out in support of decriminalisation of the drug: “People are smoking pot anyway and to make them criminals is wrong.” He did however, decide to quit cannabis in 2015, citing a desire to set a good example for his grandchildren.